Though it’s not the most significant news story in the aftermath of Hurricane Sandy, fans will be gratified to learn that the storm did only minor damage to the space shuttle Enterprise at its new home on the deck of the Intrepid Sea, Air & Space Museum.

The storm elevated the level of Hudson River and at Pier 86, where the Intrepid is berthed, water flooded the main electrical transformers and both backup generators. Lack of power caused the Space Shuttle pavilion to deflate. The shuttle sustained only minor damage. The museum is closed for the time being.

The Enterprise’s pavilion deflated because of a power failure during the storm. 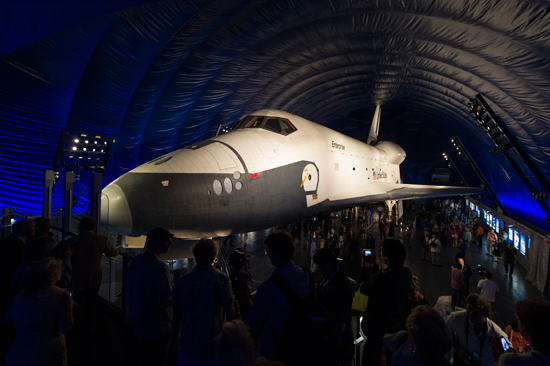 “Before” picture of the Enterprise’s pavilion.