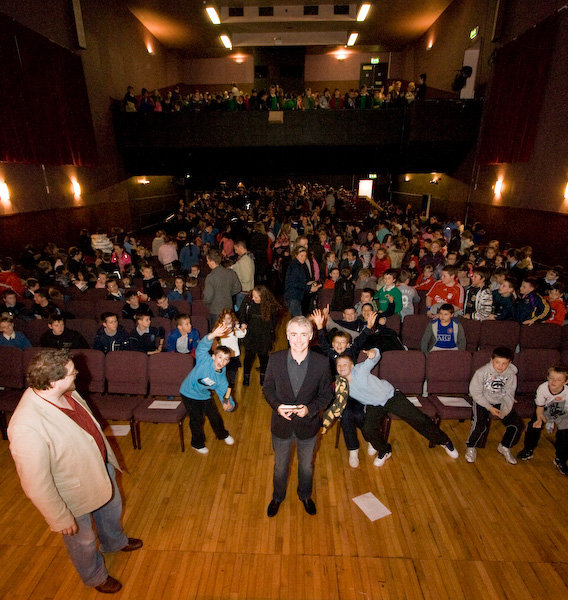 Na nÓg is a phrase in the Irish language meaning “young people.”

Colfer is the third person to hold the title, which was created in 2010. Each Laureate serves for two years.

The laureate is chosen for his or her internationally recognized body of children’s writing or illustration and the impact on readers, writers and illustrators.

The honor has been established to engage young people with high quality literature and to underline the importance of children’s literature in our cultural and imaginative life.

Eoin Colfer was born in Wexford, Ireland in 1965. He has traveled and worked in Saudi Arabia, Tunisia and Italy. He based his first book, Benny and Omar (1998) on his experiences in Tunisia. He gained international recognition with the bestselling Artemis Fowl series, which began appearing in 2001. Among his other popular works are Half Moon Investigations, The Wish List, The Supernaturalist, and Airman. His latest novel, Warp The Reluctant Assassin has been nominated for the CBI Book of the Year 2014.