The Philip K. Dick European Science Fiction Film Festival launched in October 2013 and has screened events in Lille, France, Cologne, Germany and Lódz, Poland. Organized by individuals and filmmakers who understand both the challenges and rewards of telling a unique story in an independent environment, the festival represents the deep analyses and philosophical views of internationally renowned novelist Philip K. Dick, whose work has inspired generations of writers and filmmakers all around the world. In spotlighting such genius, this is a festival created for filmmakers by filmmakers.

The list of films being shown follows the jump.

Block One: “The TransHuman Seduction” 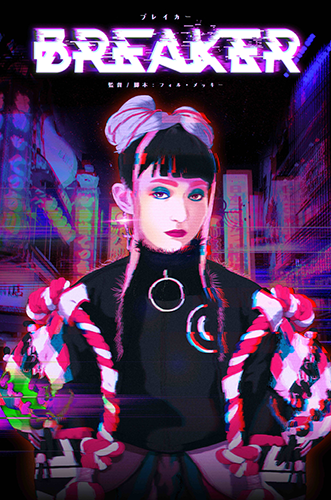 Synopsis: In tomorrow’s Tokyo, the technologically-enhanced body of a young mercenary hacker is overrun by a sentient data weapon. Wanted, the parasitic A.I becomes her only ally as she is chased across the city by those seeking to salvage it.

Synopsis: Upon waking at his desk, a computer scientist discovers that he has developed a sentient computer. As the scientist realizes the computer is not yet fully functional, it begins to ask for more than he expected.

Synopsis: A grieving plumber seeks out a disgraced quantum physicist to rid himself of a tormenting hum.

Synopsis: A girl encounters an android on the street. She finds something strange about the experience and decides to follow the android to give it a “message.”

Synopsis: In dystopian future times at the end of human civilization, a man lost his wife and decides to bring her back to life by building her a robot twin. This, however, displeases the community’s priest for in his eyes it is an act of blasphemy.

Synopsis: A man is the only survivor on the planet, spending his time with digitized recordings – the only remaining vestiges of mankind. Now with the imminent destruction of the world by the Sun, he must find a way to save these memories.

Synopsis: A young engineer wakes up from cryo-sleep during a routine deep space flight on the star freighter ‘Mayflower’. The ship’s computer informs him that he was awoken due to a false alarm. But all is not as it seems.

Synopsis: A couple living in the ruins of London 2056 must decide whether they should upload their consciousnesses into the mysterious Cloud 9.

Synopsis: An epic and odd nightmarish comedy about the abuse of almighty power.

Synopsis: An engrossing look into the world of Philip K. Dick’s legendary novel Do Androids Dream of Electric Sheep? (1968) and its motion picture adaptation Blade Runner (1982).

Synopsis: Under a dictatorship that has banned music, a man hides a recording until he is caught and imprisoned. Whilst paying for his crimes he stumbles across a repository of confiscated items, leading to a series of events that will forever change the city.

Synopsis: In a world where it is normal to be alone, a man gets a package for his supposedly dead neighbor and the supernatural object drives him insane. After neighbors begin to stalk him, he realizes that there is a secret organization that wants to destroy his life. So he starts his counterattack.

Synopsis: It is a near-future America where scientists have discovered how to talk to ghosts, and the Justice Department gathers testimony from the ghosts of murder victims. A lone technician at a desert listening station spends his days and nights recording the testimony of the ghosts assigned to him.

Synopsis: In 1947, newly-minted congressmen John F. Kennedy and Richard Nixon travel to Pennsylvania where they must make a fateful decision. A supernatural drama based on true events.

Block One: “The Lurking Shadow”

Director: A.D. Cooper
Run Time/Country: 5 min, USA
Synopsis: A desperate woman seeks help from an unlikely source in a dark place. Neither of them realize that their futures will be decided by the flip of a coin.

Synopsis: A woman arrives in London from Eastern Europe and wanders the city alone. In a museum, she acquires telepathic contact with an ancient Egyptian spiritual entity. In a vision, she is raped and impregnated by the entity and descends into madness.

Synopsis: A man breaks into a little girl’s bedroom with evil intent but as he lurks through the darkness, he’ll come to know evil has much to fear in the light, as he’ll find there are more horrific things than his intent.

Synopsis: A man’s quest to find the perfect cuckoo clock will cost him much more than he could ever imagine. Based on a story by Philip K. Dick.

Synopsis: A young street artist encounters a vicious group of local schoolchildren, and learns what truly makes a monster.

Synopsis: In this feminist adaptation to Mary Shelley’s “Frankenstein,” a not-so-mad scientist builds a mate for her mentor’s lonely creature with electrifying and deadly results.

Synopsis: A man haunted by the mysterious death of his four-year-old sister brings her back to life thirty years later as an adult woman, with dire consequences. Starring Dee Wallace (E.T. the Extra-Terrestrial, Cujo) and Tristan Risk (American Mary, The Editor). 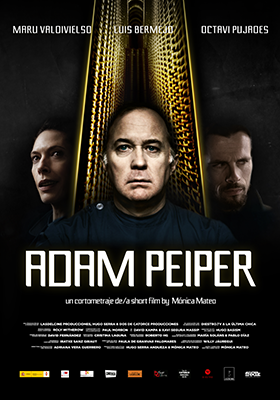 Synopsis: The inlayer of a task tank works tirelessly on what seems to be a monotonous and mechanized day over and over, which will become a nightmare.

Synopsis: A woman is a Buddhist and singer and has schizophrenia. Buddha of Superposition uses innovative story-telling techniques to take the audience inside her mental illness.

Synopsis: A science fusion short that mirrors its public’s interpretation through a thought-provoking maze of film scenes.

Synopsis: In the future nightmare state of Britannia, a political prisoner finds himself violently oscillating between death and delirium.

Synopsis: His inspiration vanishing with his wife’s passing away, a would-be writer finds refuge in his banking job. Emotionally stuck, time comes to a standstill. Adam must find a way to make it tick again. Inspired by the writings of Jorge Luis Borges.

Synopsis: Monsieur Hernst has forgotten everything including his own identity and his doctor pushes through the ages of his life trying to recover the memory of the event that brought him to this moment.

Synopsis: A man’s addiction to poker leads him into deep trouble and forced to cover his debt, he reaches a point of no return. Adapted from a short story by Stephen King.

Synopsis: Bridges can connect or divide us. Where we end up might not always be where we planned.

Synopsis: When a man accepts a job as a night watchman. he discovers the obscure secret hiding in his garage.

Block One: “After the Apocalypse”

Synopsis: Can just a little change in the daily routine make all our confidence fall? This science fiction story explains a lot about contemporary society.

Synopsis: The world as we know it no longer exists and mankind is forever lost. A mannequin in a house once filled with life gets to feel the fading memories and emotions of the family that once live there.

Synopsis: Two brothers encounter a chance of salvation for humanity. Could post-apocalyptic tourism destroy it?

Synopsis: Life on Earth has disappeared because of global warming, greenhouse gas emissions and wars and survivors wander in space aboard spacecrafts. In one of them, MEL, a scientist biologist is sent to retrieve a space module becoming crazy while seeking traces of water on a unknown planet. While seeking the prospecting module, he has an accident and merges into the ether and then his conscience takes the form of a cloud of methane. In a cave that seems empty of all life, as he regains consciousness, he sees a female cloud of methane with whom he falls in love. Stars Melvin Van Peebles (Sweet Sweetback’s Baadasssss Song).

Synopsis: A teenager has an appointment with a guidance counselor but unfortunately, the latter is missing when the boy enters the office and has been replaced by a strange machine. At the end of the meeting, he will discover much more about himself than ever before.

Synopsis: The life of “Me” changes when the famous cyber-activist “Sad Monkey” gets interested by him.

Synopsis: The film serves as a metaphor that revolves around four essential points: Time, Death, Love and Technology.

Synopsis: A group of friends holiday on ancient ground, and the veil between reality and the otherworld grows thin.

Synopsis: Year: 2076. Global population: 24 billion. To avoid chaos, nations have agreed on radical measures. It is now forbidden to conceive or raise a new child. This story focuses on a man, his wife and their young son who is not supposed to be.

To purchase passes to the festival, please visit philipkdickfilmfestival-europe.com.