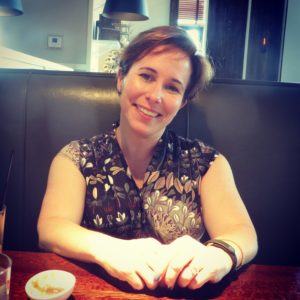 By Carl Slaughter: Fran Wilde burst onto the scene in 2015 with her Nebula-nominated, Andre Norton-winning, and Compton Crook-winning Updraft from Tor. Publishers Weekly said, “Extraordinary worldbuilding and cascading levels of intrigue make Wilde’s debut fantasy novel soar.” 92% of Amazon reviews were 4 and 5 star.

In September, Wilde came out with Cloudbound, the sequel to Updraft. Consensus among critics is that Cloudbound exceeded Updraft. Ken Liu said, “Cloudbound by Fran Wilde is a thrilling and complex tale about the most difficult stage of a revolution: what do you do after you win? Highly recommended both for the story it tells as well as how it tells that story. Wilde takes risks that pay off hugely.” Aliette de Bodard said,“A fantastic follow-up to Updraft?I liked it better than its predecessor, particularly for what it says about the politics of fear and prejudice, and how giving people what they want isn’t always the best thing.” Locus said, “In terms of pace, style, structure, and sheer flair? Cloudbound represents the opposite of a sophomore slump. It’s that rare bird, the follow-up to a highly praised first novel that doesn’t just equal its predecessor’s accomplishments, but exceeds them. I felt Updraft was a promising debut effort; Cloudbound sees much of that promise realized, with hints of more to come.”

Wilde’s short stories have appeared in Asimov’s, Nature, and Beneath Ceaseless Skies. She also blogs about food and genre at Cooking the Books for the popular social-parenting website GeekMom. 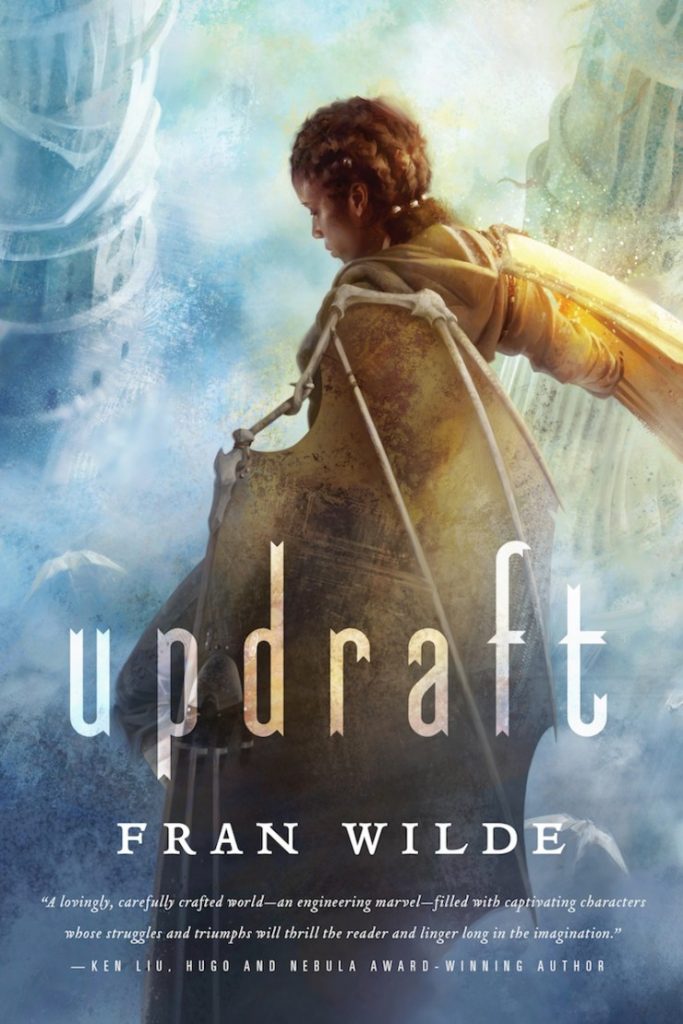 Kirit Densira cannot wait to pass her wingtest and begin flying as a trader by her mother’s side, being in service to her beloved home tower and exploring the skies beyond. When Kirit inadvertently breaks Tower Law, the city’s secretive governing body, the Singers, demand that she become one of them instead. In an attempt to save her family from greater censure, Kirit must give up her dreams to throw herself into the dangerous training at the Spire, the tallest, most forbidding tower, deep at the heart of the City.

As she grows in knowledge and power, she starts to uncover the depths of Spire secrets. Kirit begins to doubt her world and its unassailable Laws, setting in motion a chain of events that will lead to a haunting choice, and may well change the city forever-if it isn’t destroyed outright.

Welcome to a world of wind and bone, songs and silence, betrayal and courage. 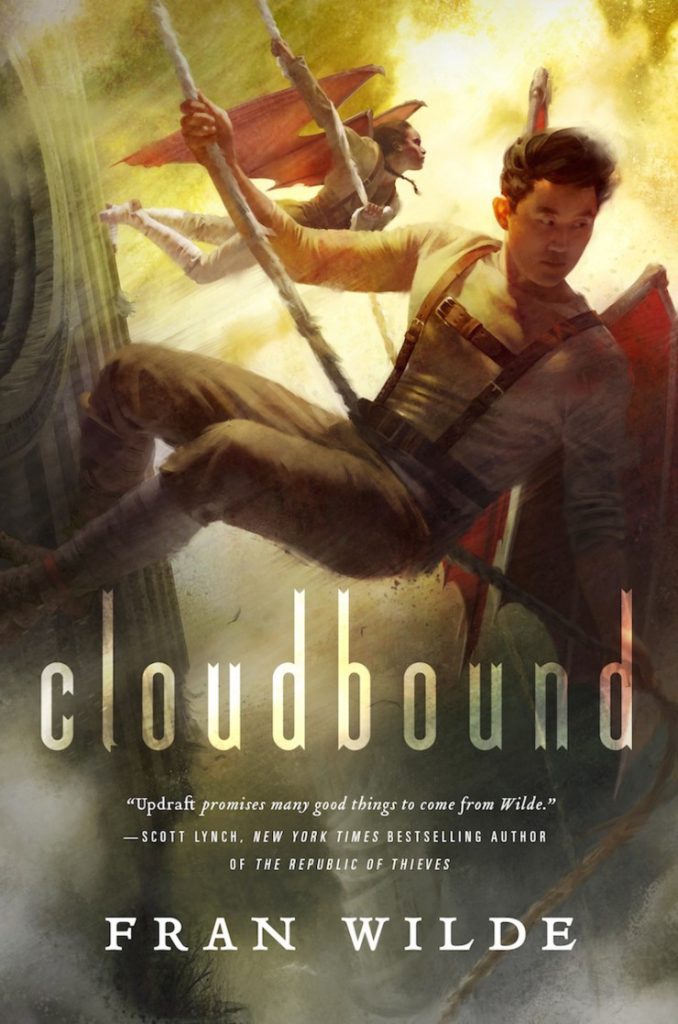 After the dust settles, the City of living bones begins to die, and more trouble brews beneath the clouds in this stirring companion to Fran Wilde’s Updraft.

When Kirit Densira left her home tower for the skies, she gave up many things: her beloved family, her known way of life, her dreams of flying as a trader for her tower, her dreams. Kirit set her City upside down, and fomented a massive rebellion at the Spire, to the good of the towers–but months later, everything has fallen to pieces.

With the Towers in disarray, without a governing body or any defense against the dangers lurking in the clouds, daily life is full of terror and strife. Nat, Kirit’s wing-brother, sets out to be a hero in his own way–sitting on the new Council to cast votes protecting Tower-born, and exploring lower tiers to find more materials to repair the struggling City.

But what he finds down-tier is more secrets–and now Nat will have to decide who to trust, and how to trust himself without losing those he holds most dear, before a dangerous myth raises a surprisingly realistic threat to the crippled City.

THE JEWEL AND HER LAPIDIARY 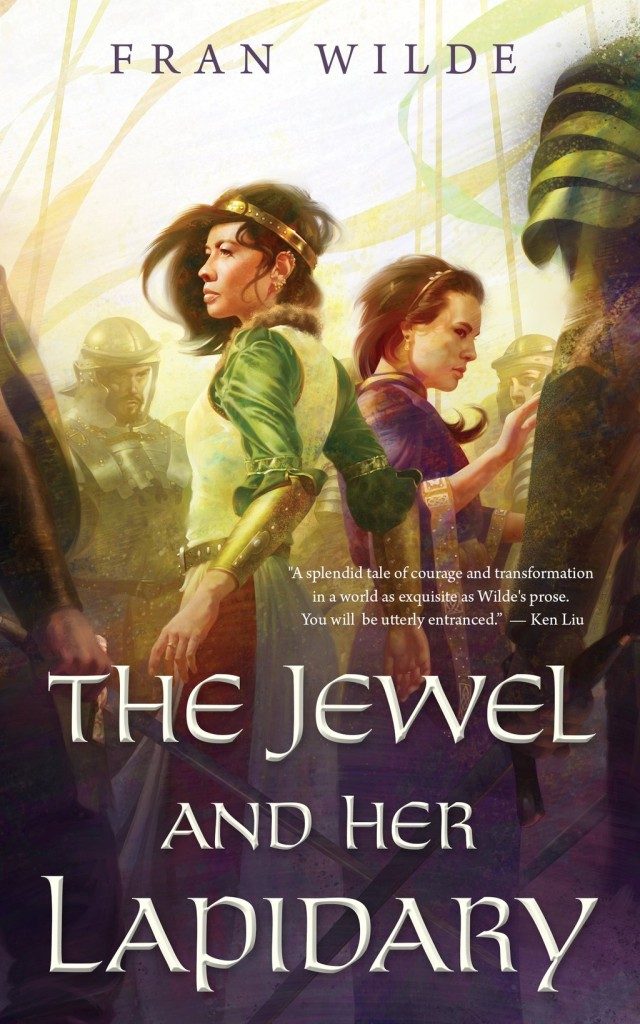 The kingdom in the Valley has long sheltered under the protection of its Jewels and Lapidaries, the people bound to singing gemstones with the power to reshape hills, move rivers, and warp minds. That power has kept the peace and tranquility, and the kingdom has flourished.

Jewel Lin and her Lapidary Sima may be the last to enjoy that peace.

The Jeweled Court has been betrayed. As screaming raiders sweep down from the mountains, and Lapidary servants shatter under the pressure, the last princess of the Valley will have to summon up a strength she’s never known. If she can assume her royal dignity, and if Sima can master the most dangerous gemstone in the land, they may be able to survive.