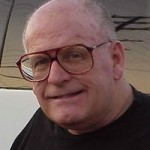 Fred Patten co-founded the first American anime fan club, the Cartoon/Fantasy Organization, in 1977, won Comic-Con’s Inkpot Award in 1980 for introducing anime to American fandom, and for several decades has been one of the animation field’s most prolific reviewers and researchers. Despite the lasting effects of a stroke suffered in 2005, Patten continues to write at a pace few fans can equal.

He’s also a critic for Animation World Network, where he complemented the Disney article with a review of two books about Song of the South —

Although very similar in subject matter, they are very different in theme.  Disney’s Most Notorious Film, from the University of Texas Press and filled with scholarly footnotes, starts out with the preconception that Disney’s combination live-action/animation feature Song of the South, made in 1946 when Walt Disney was very much in charge of his studio, was a blatantly condescending racist film, an embarrassment that the studio has been trying to cover up while continuing to cash in on as much as possible.  In other words, the book is an academic exposé. Who’s Afraid of the Song of the South?, by a longtime Disney studio employee and fan, argues that it is not racist, and that the Disney company should stop suppressing it today and release it on home video.

And Fred’s news and reviews are available on Flayrah: furry food for thought.

Sometimes Fred himself is the newsmaker. He’s been an active editor, with two anthologies out last year — Already Among Us: An Anthropomorphic Anthology (Legion Printing, June 2012); and The Ursa Major Awards Anthology: A Tenth Anniversary Celebration (FurPlanet Productions, June 2012) – and another anthology coming from FurPlanet this July.

Fred remains a favorite interview subject of anime historians. Otaku in a Bottle talked to Fred about the early popularity of anime in America in a March 2012 post.

3 thoughts on “Fred Patten Writing Up a Storm”