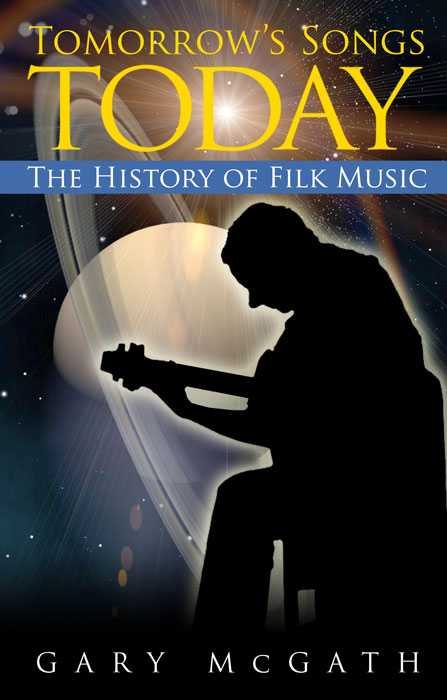 What’s this thing called “filk music” that’s sung at science fiction conventions? It’s a culture with a rich history, a community that transcends national borders. It’s dreams of space and science. It’s laughter and sadness. It’s the people who create and sing the songs, who publish them, who organize conventions.

Author McGath has been active in filk since 1989. He has chaired three ConCertino filk conventions and has run Boskone’s filk program for two decades. He was inducted into the Filk Hall of Fame in 2004. McGath has also edited several filk songbooks.

Tomorrow’s Songs Today is rich in anecdote, the product of many interviews with longtime filkers. I can’t claim much knowledge of this specialized field but the book bats 1.000 in reporting the only three facts I know to check: filk was a typo by Lee Jacobs, Poul Anderson wrote the lyrics to “Bouncing Potatoes”, and the field’s best-known fanzine, called Philk Fee-Nom-Ee-Non, was a Hugo nominee in 1984.

Check it out – after all, the price is right!

2 thoughts on “Free Read: The History of Filk Music”