By John Hertz:  I’m not sure if it’s a classic of science fiction.  But it reminds me of the fellow (in 1875?) who said Shakespeare was full of quotations.

By the time I got to Stephen Vincent Benét’s “By the Waters of Babylon” (1937) I’d read a lot of post-apocalypse stories.  The title recalls one I think is among the best, Pat Frank’s Alas, Babylon (1959).

“By the Waters” has Dead Places which are forbidden and a religion of caretakers.  Its boy narrator coming of age finds on a journey a lost place of great riches.  The god who lived there must have been a powerful god.

There was a shattered image of white stone, a man or a god who wore his hair tied back and whose name, on the cracked half of a stone, was ASHING.  You can supply W and TON and so could I.

The boy wants to tell everyone but his father, a priest, says “Truth is a hard deer to hunt.  If you eat too much truth at once, you may die of the truth.”  Perhaps, thinks his son, in the old days people ate knowledge too fast.

Look at the date.  Benét’s story came two years before the Einstein-Szilárd letter, a year before the Hahn-Strassman-Meitner-Frisch discovery of nuclear fission; four years before Heinlein’s “Solution Unsatisfactory”, seven before Cartmill’s “Deadline”.

Scholarship says, as I understand, that Benét was probably moved by the bombing of Guernica, 26 Apr 37.  Picasso finished his painting in June.

“I like the Carpenter best,” said Alice, “if he didn’t eat so many oysters as the Walrus.”  “But he ate as many as he could get,” said Tweedledum.

We’ve anthologized “By the Waters” repeatedly over the years, starting with Wollheim’s pioneering Pocket Book of Science Fiction (1943). 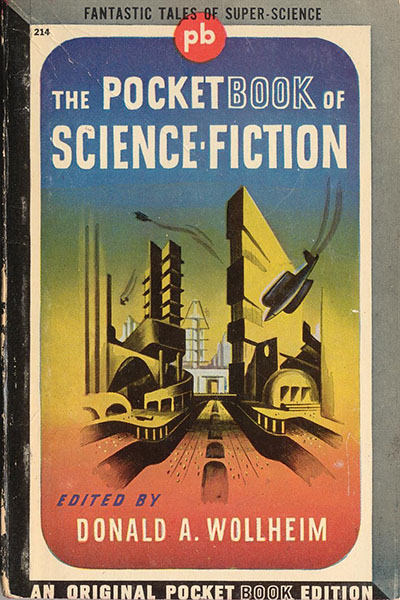 Benét was a fine and maybe a great poet.  During his life he was better known than T.S. Eliot, Robert Frost, Wallace Stevens.

Some prose is poetry.

12 thoughts on “Full of Quotations”