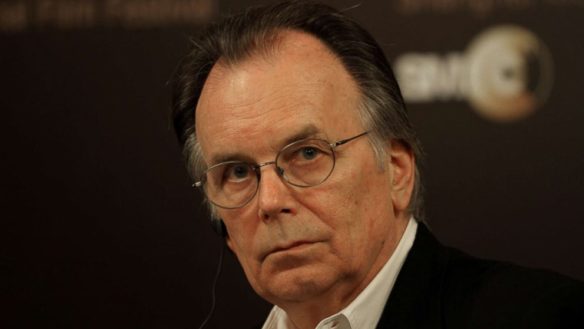 For over 40 years, Gary Kurtz has been my friend and colleague. We have continued working on projects all this time. There’s a film project Gary was slated to produce that I brought him into and he’s been involved with my Star Wars book. But we were friends beyond work.

Gary was an amazing man. Very private. He never wanted to be the center of attention. Even when I was working for his production company, he didn’t want publicity about him, just the film projects. That’s why he’s not as famous as he should be, for all he’s accomplished, and most people didn’t know he’s been ill for some time.

Gary, of course, produced Star Wars and The Empire Strikes Back. He also produced American Graffiti and The Dark Crystal, among other films and TV projects.

He was the most knowledgeable producer I ever worked with. Always on top of whatever his films needed, able to answer any questions or solve any problems that came up.

He and George Lucas met at USC Film School but started working together, on American Graffiti when Francis Coppola got the two of them together.

Gary served in Vietnam as a filmmaker, taking a camera into combat. He was required to carry a gun but, as a Quaker, went on combat missions with no bullets in that gun. That’s a lot braver (and faithful) than I think most people would be.

We’ve been friends throughout the years, as well as colleagues. Gary’s been living in England since the late ’70s so we didn’t get to spend a lot of time together but we did whenever we could.

I can’t believe he’s gone. It really hasn’t sunk in. He was 78 years old — older than George by a few yeas, well older than me — but he was always tall and robust and, until recently healthy. He seemed like someone who would always be there. It doesn’t seem possible.