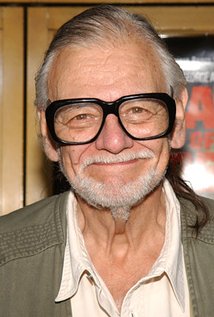 Romero’s Night of the Living Dead (1968) seeded the culture’s grim fascination with zombies.

I don’t try to answer any questions or preach. My personality and my opinions come through in the satire of the films, but I think of them as a snapshot of the time. I have this device, or conceit, where something happens in the world and I can say, ‘Ooo, I’ll talk about that, and I can throw zombies in it! And get it made!’ You know, it’s kind of my ticket to ride.

My zombie films have been so far apart that I’ve been able to reflect the socio-political climates of the different decades. I have this conceit that they’re a little bit of a chronicle, a cinematic diary of what’s going on.

In addition to making movies, Romero was executive producer for the TV series Tales from the Darkside, which ran 77 episodes from 1984-1988.

A pop culture legend, Romero had many cameos and uncredited appearances in movie and TV productions. His last acting credit was for voicing character “Don Adaded” in a 2014 episode of Phineas and Ferb, “Night of the Living Pharmacists.”