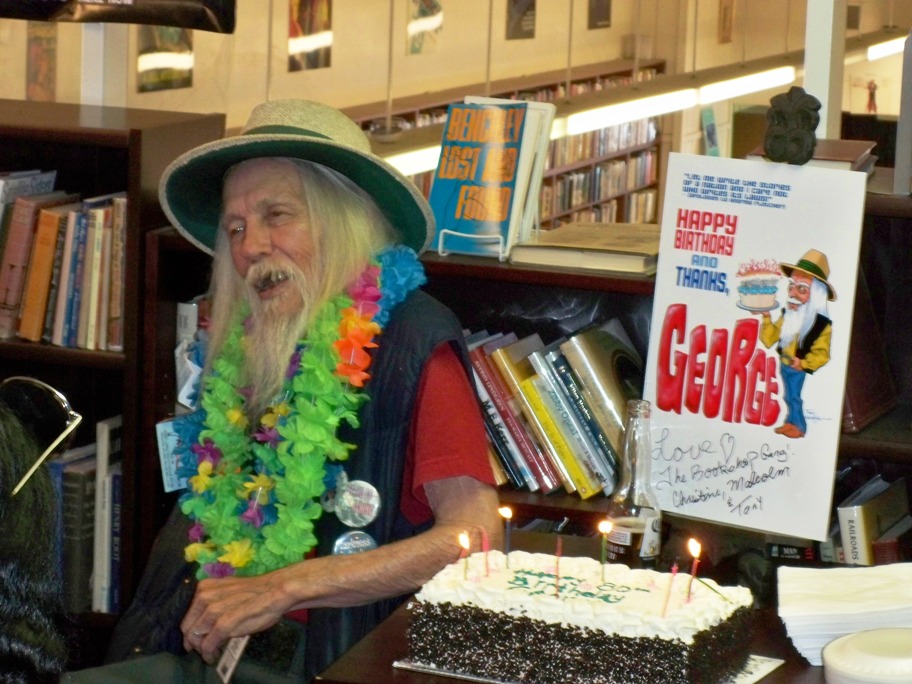 By John King Tarpinian: On February 26, the Egyptian Theater, will be hosting a tribute to George Clayton Johnson. Admission is free. I have been honored to be asked to assist with the event.  As most readers of File770 know George was one of those creative artists that the general public has never heard of.  Special guests will be on hand to give praise for George’s work. There will be videos, a theatrical reading of one of George’s works. As things are solidified we’ll have more.  At the end of the official event a free showing of Logan’s Run is planned.

It has always been fun to give people part of George’s resume just to see the expression on their faces: half a dozen Twilight Zones, Ocean Eleven, the first aired original Star Trek, Logan’s Run (with William F. Nolan), Kung Fu (first flash forward episode of any TV program), Honey West, Route 66, Alfred Hitchcock Presents and much more.  George was nominated for an Oscar in 1962 for the short subject he did with Ray Bradbury, Icarus Montgolfier Wright, which is currently being restored by the Motion Picture Academy.

Go ahead and Google Café Frankenstein…making sure the kids are not in the room.

George was in the only Roger Corman movie to lose money at the box office, The Intruder, starring William Shatner. Steven Spielberg selected George’s “Kick the Can” TZ episode to direct for the Twilight Zone Movie.  A very young Robert Redford played the Angel of Death in George’s TZ episode, “Nothing in the Dark.”

We are having difficulty getting in touch with those three people from George’s past, Robert Redford ~ Steven Spielberg ~ William Shatner, if anybody has a way to contact them please feel free to do so.  Needless to say they would be guests of honor but just getting them to send a note to be read or a quick video tribute would be appreciated.

The Egyptian’s calendar should be updated within a few days: