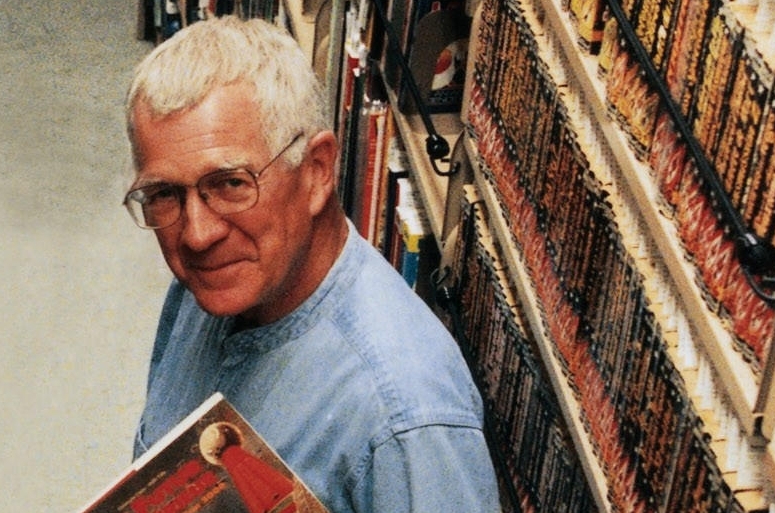 “He was a fine man, insightful critic, innovative educator, buoyant spirit. Founder of the Eaton Collection and much else,” said Gregory Benford.

Slusser wrote several author studies for the Borgo Press in the 1970s, including one of the earliest studies of Ray Bradbury’s work, The Bradbury Chronicles (1977), also Robert A. Heinlein: Stranger in His Own Land (1976), The Farthest Shores of Ursula K. Le Guin (1976), Harlan Ellison: Unrepentant Harlequin (1977), The Delany Intersection: Samuel R. Delany Considered As a Writer of Semi-Precious Words (1977) and The Space Odysseys of Arthur C. Clarke (1978).

He was a prolific scholar throughout his career. Slusser’s Gregory Benford was published earlier this year by the University of Illinois Press as part of its Modern Masters of Science Fiction series.

Slusser was the first Curator (Emeritus) of the J. Lloyd Eaton Collection of Science Fiction &Fantasy Utopian and Horror Literature and over 25 years he grew the collection from 4,000 to 135,000 hardcover and paperback books in 24 languages. It was always a battle, as he explained to Cristan Tamas who interviewed him for Europa SF:

What I did is called “collection development,” and Eaton became a prime example of this. Of course, I had to adapt to personnel changes, unenlightened head librarians and such. But this is par for the course for any bootstraps operation within an established bureaucracy. Sometimes it felt we were running an underground operation. But I won a couple of large grants that allowed us to catalog huge amounts of material, and we were on our way.

Slusser’s vision for the Eaton Collection, which originated with the donation of J. Lloyd Eaton’s 6,000 hardcover sf books, grew to encompass many topics, including fanhistory, augmented by the fanzine collections donated by the late Terry Carr, Rick Sneary, and Bruce Pelz. It is the most extensive fanzine collection available to researchers. 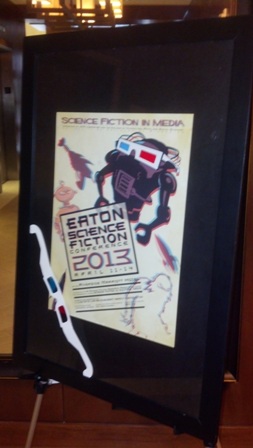 Slusser also pioneered the Eaton fanzine collection website. His original design can still be seen online via Wayback Machine. Its ingenious splash page displays the animated rocket of Fanac blazing across a background the color of faded Twiltone — complete with two rusty staples in the margin. Five icons link to the website’s main divisions – which also animate when you click on them.

The narrative portion of Slusser’s original website showed remarkable sensitivity to fanzine fandom’s nuances. And he was not immune to faannish outbursts of his own, such as the impatience he showed with the claims of teenaged faneditor Harlan Ellison: “[His fanzine’s] cover promises ‘Ponce de Leon’s Pants,’ a fantasy by Mack Reynolds, which is nowhere inside the covers. Why bother to copyright this stuff?”

Slusser coordinated 23 Eaton SF Conferences. During his career he also won appointment as a Harvard Traveling Fellow and a Fulbright Lecturer.

[Thanks to Gregory Benford and Steven H Silver for the story.]