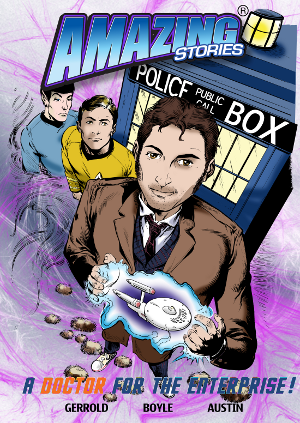 When David Gerrold mentioned online he had a comic script with no home, Amazing Stories’ Steve Davidson began his quest to publish that gem. Now the long-awaited mash-up of Star Trek® and Doctor Who® plus tribbles and Daleks is available for order.

What cosmic horror has brought Doctor Who to the Enterprise?  Can Kirk, Spock and McCoy save their ship from an onslaught of Klingons and Daleks at the same time?  Will anything bad happen to those cuddly Tribbles?  Could there be an evil genius behind it all?

And is there a line of dialogue in there that begins, “I’m a Doctor Who, not a….”? There’s only one way to find out – buy the comic! 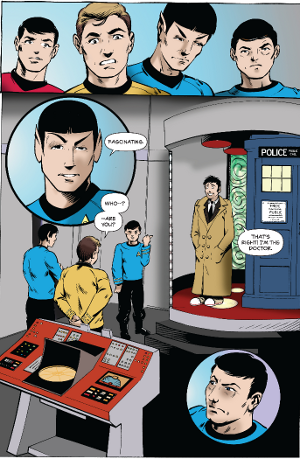