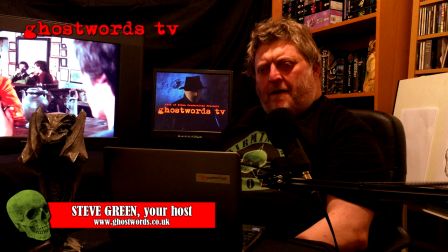 The opening installment offers a lengthy chat with author Ramsey Campbell, including a discussion of the recent controversy over the World Fantasy Award and reminiscences of the late David Hartwell.

Other topics covered are the TV series Ash vs Evil Dead, the latest releases from comics legend Steve Ditko, personnel changes at Doctor Who, Graham Humphreys’ new artbook (including a discount offer for UK viewers) and a tribute to David Bowie.

The show is available via Rose of Eibon’s YouTube channel (where you can subscribe to all their vidcasts).