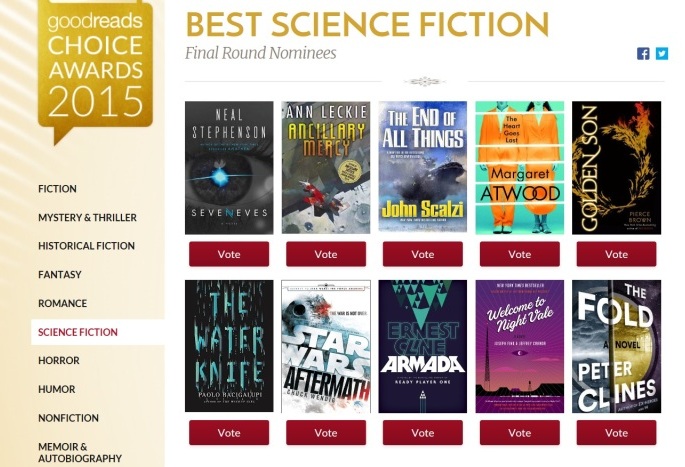 Use these links to check out the Final Round Nominees in the Goodreads Choice 2015 Science Fiction, Fantasy, YA SF and Fantasy, Graphic Novels and Comic, and Horror categories. 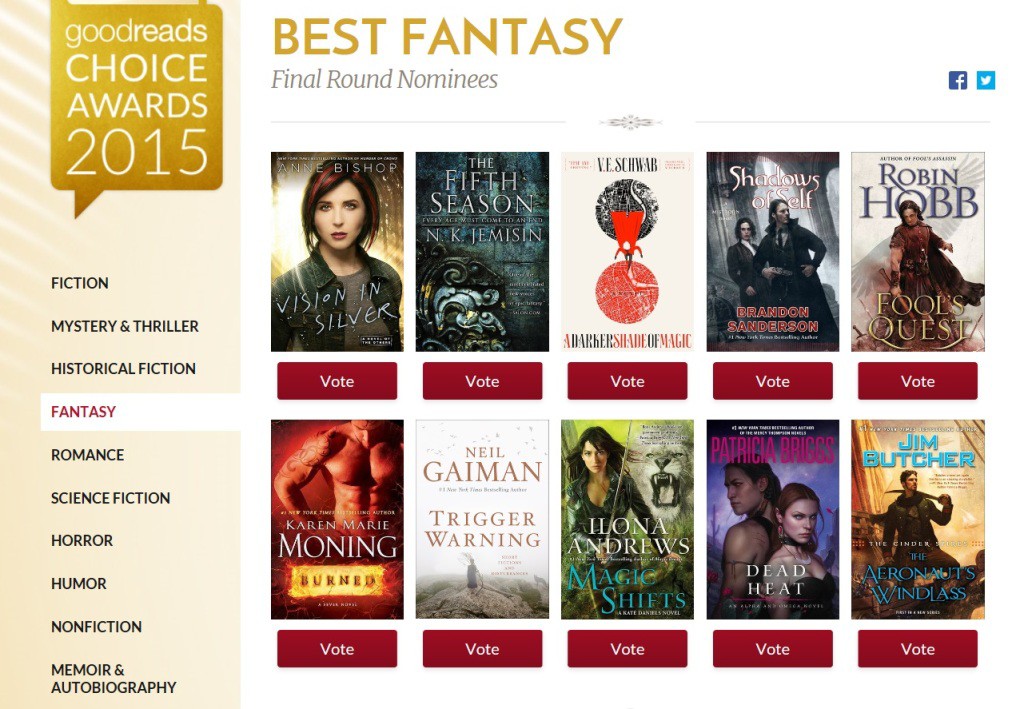 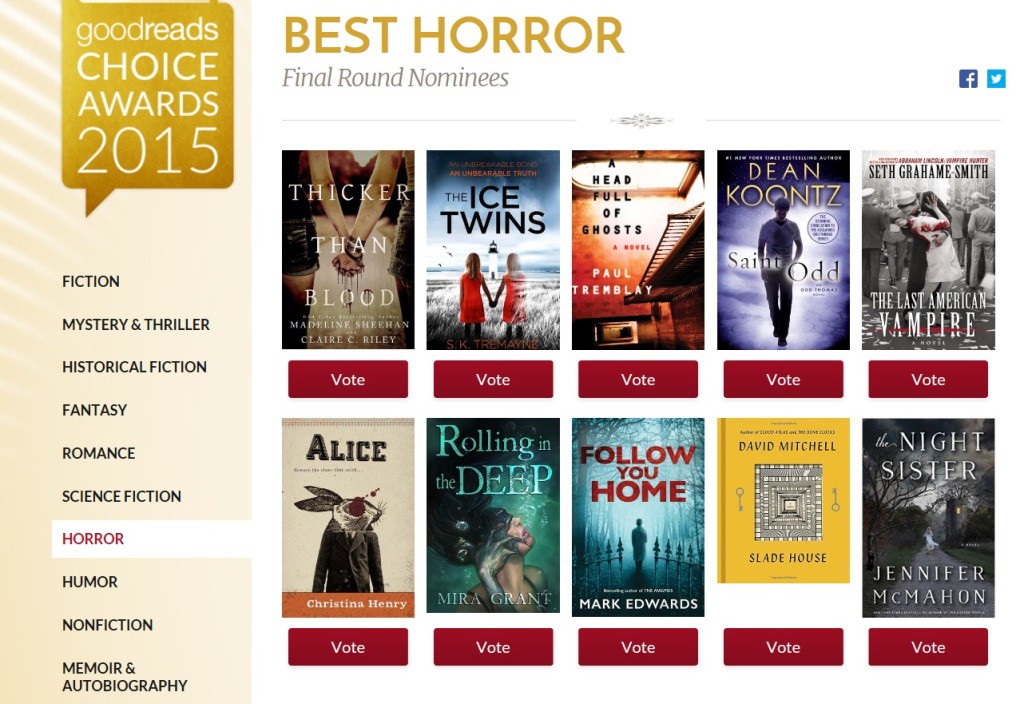