Voting has begun in the final round of the Goodreads Choice Awards: The Best Books 2017 and will continue through November 27.

Here is what Goodreads voters picked to advance to the finals. 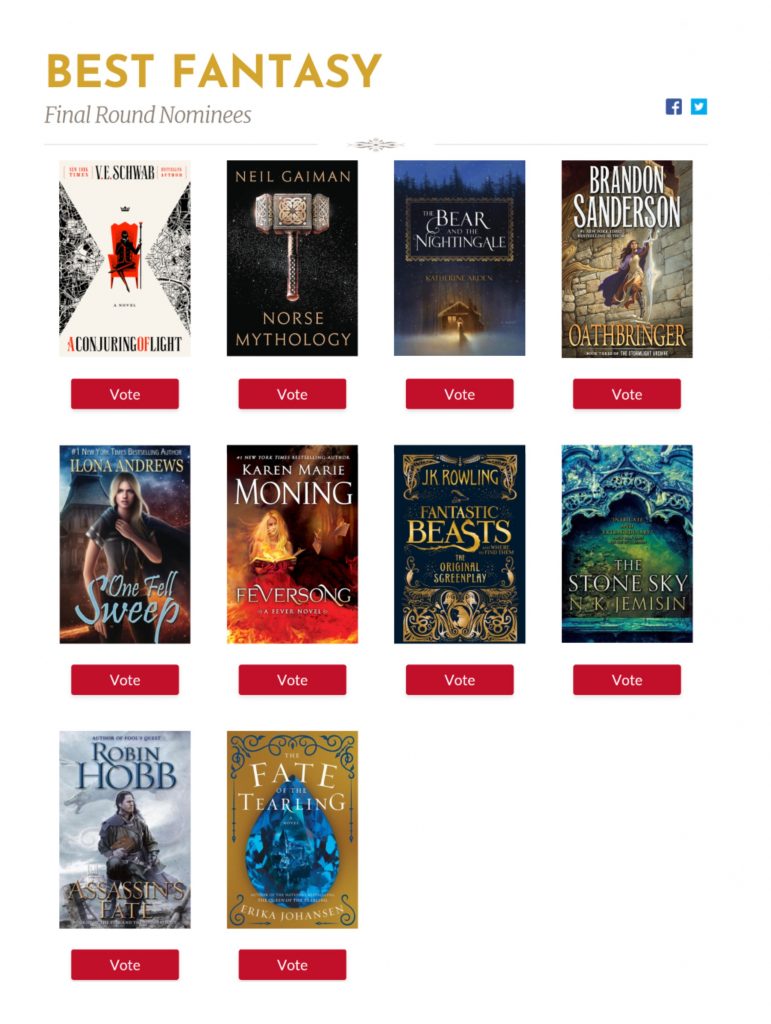 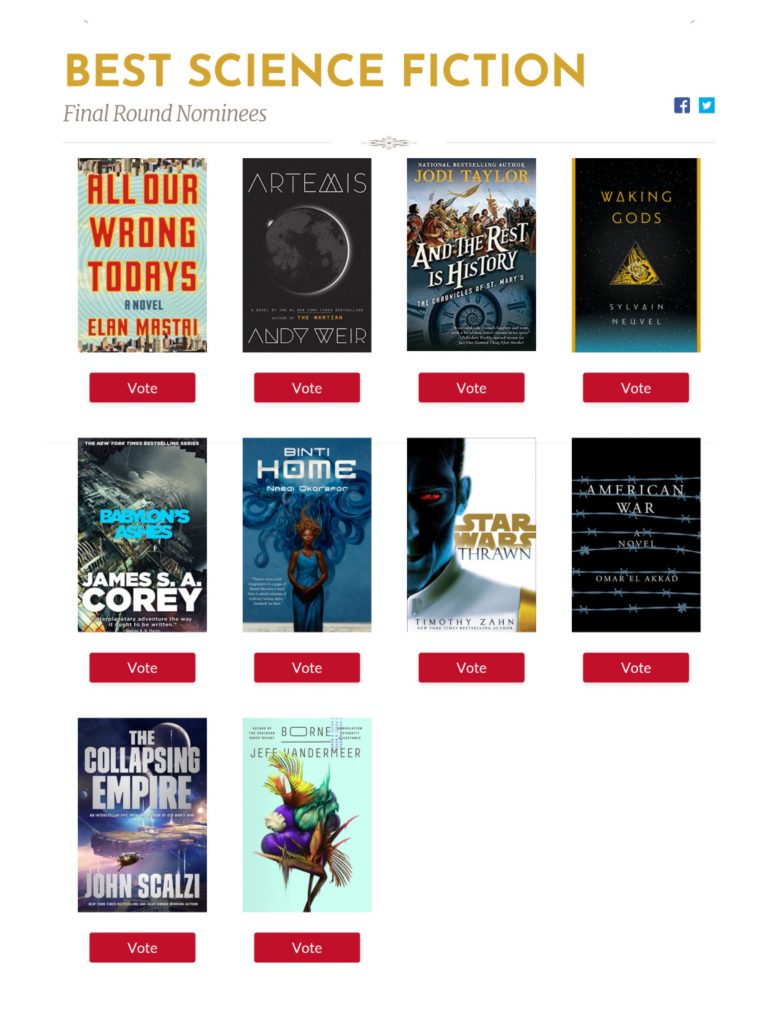 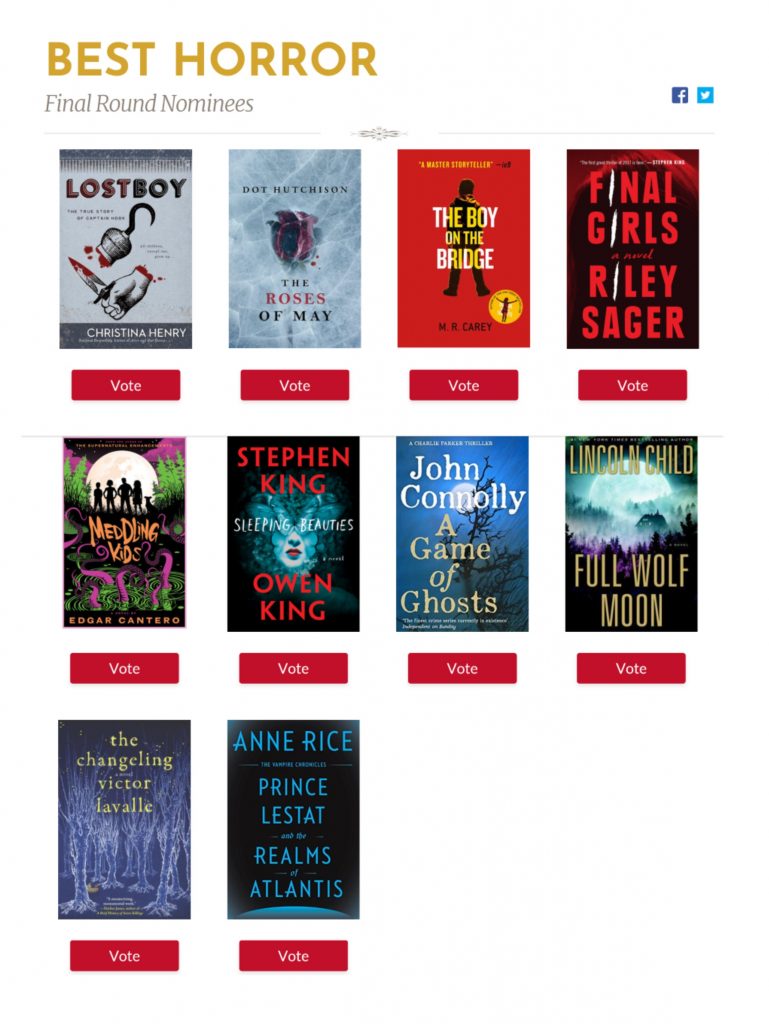 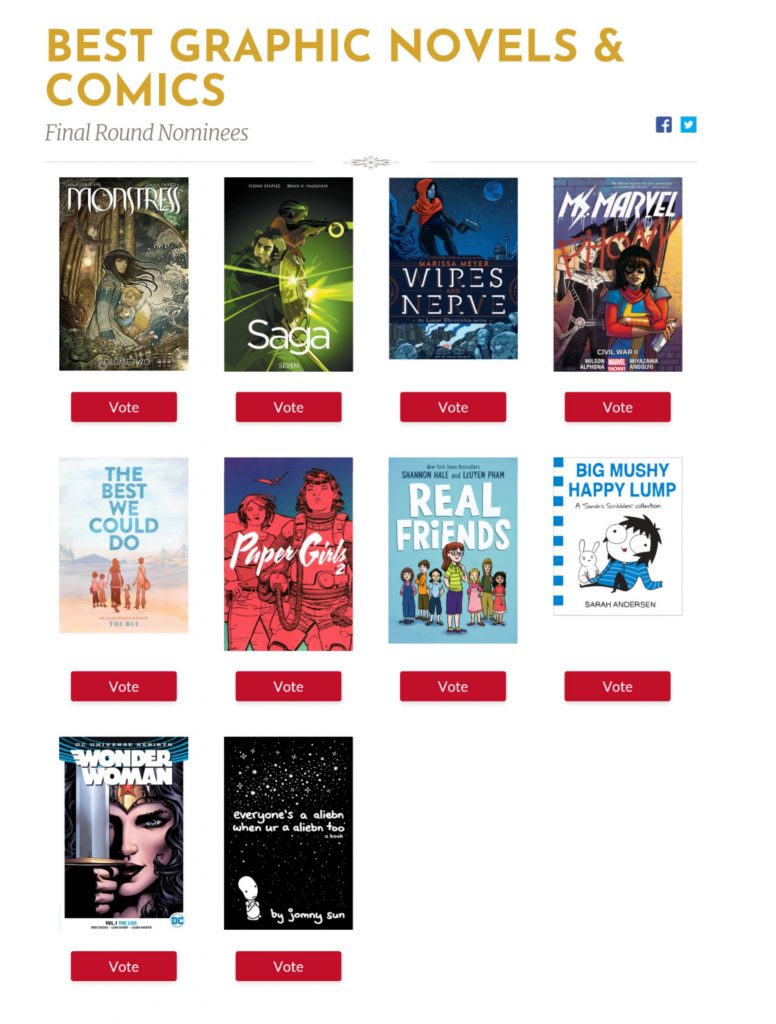 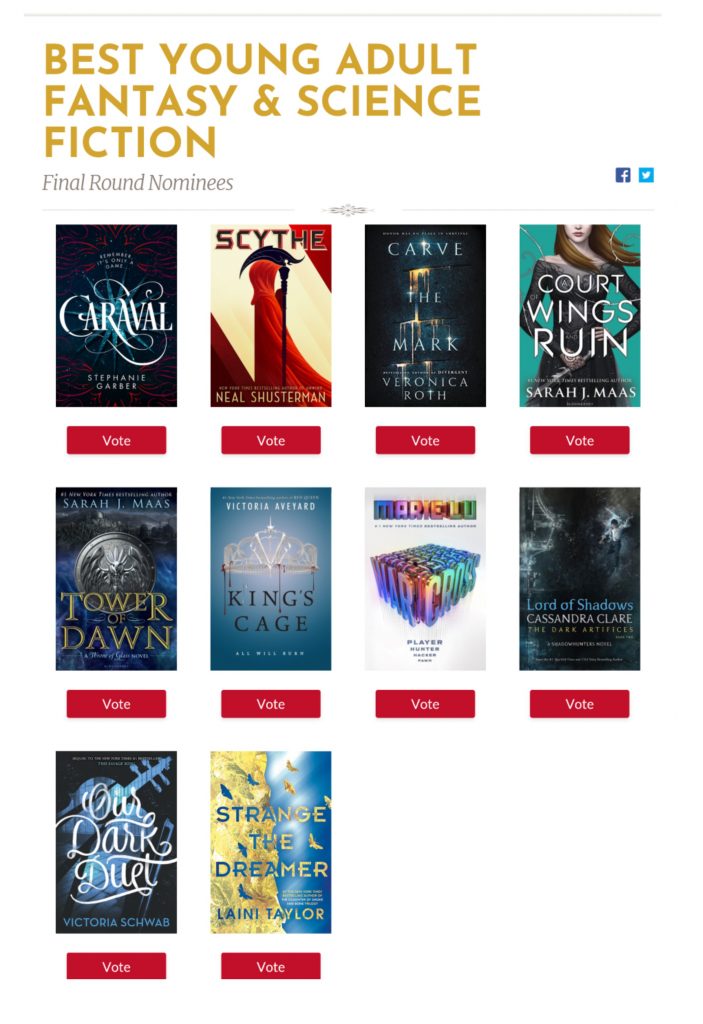 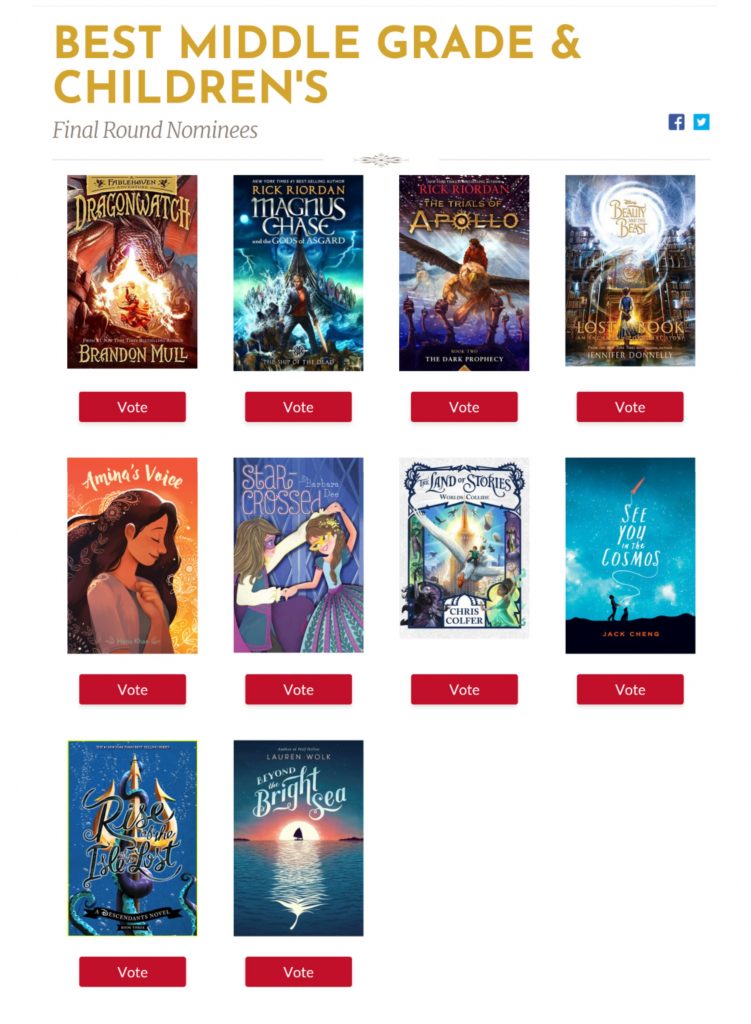