Voting has begun in the first round of the Goodreads Choice Awards: The Best Books 2017 and will continue through November 5.

Here is what Goodreads recommended in the categories of genre interest. In the opening round, write-ins are also allowed. 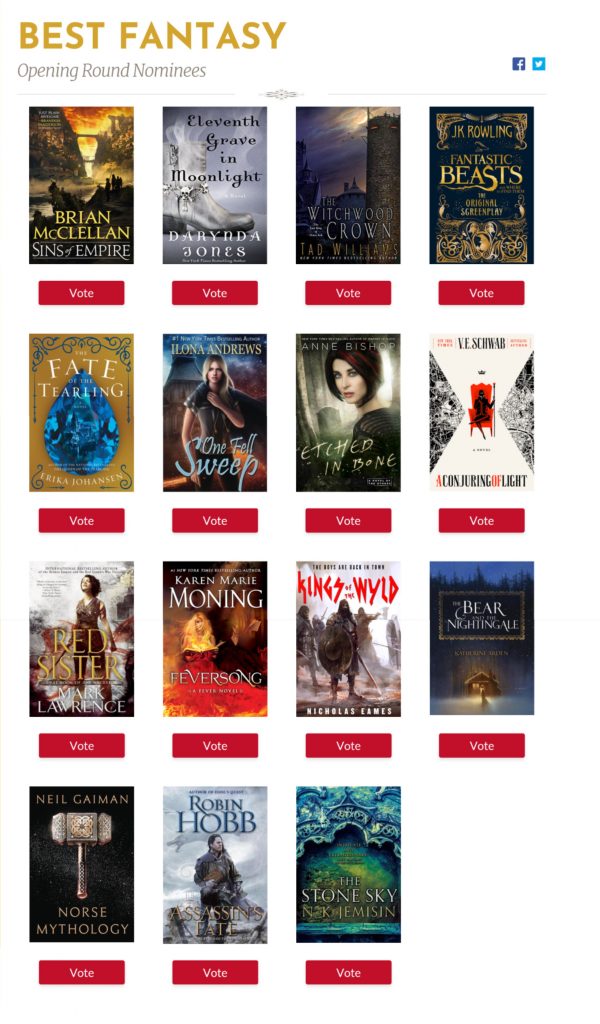 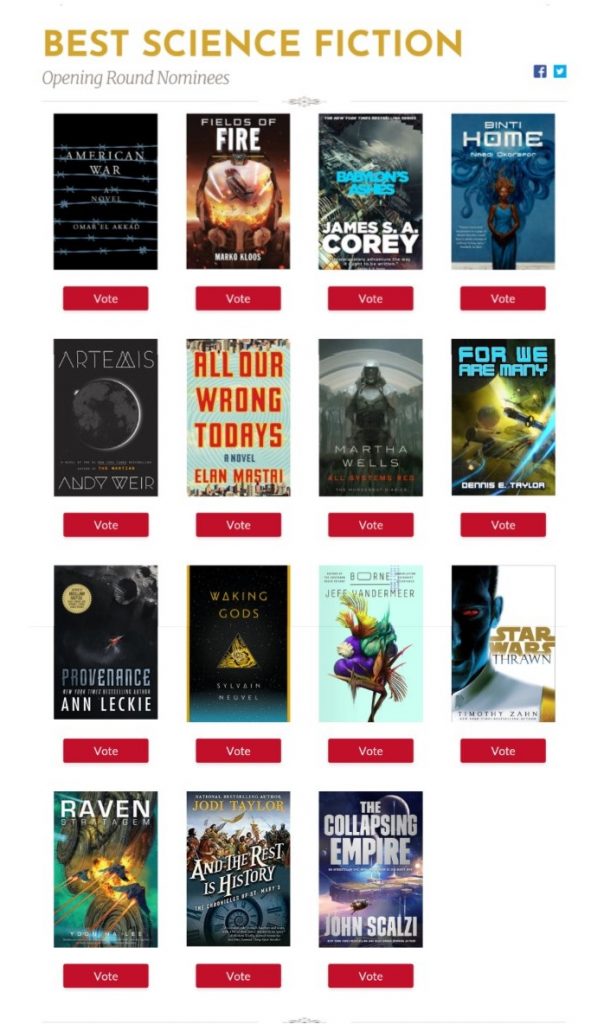 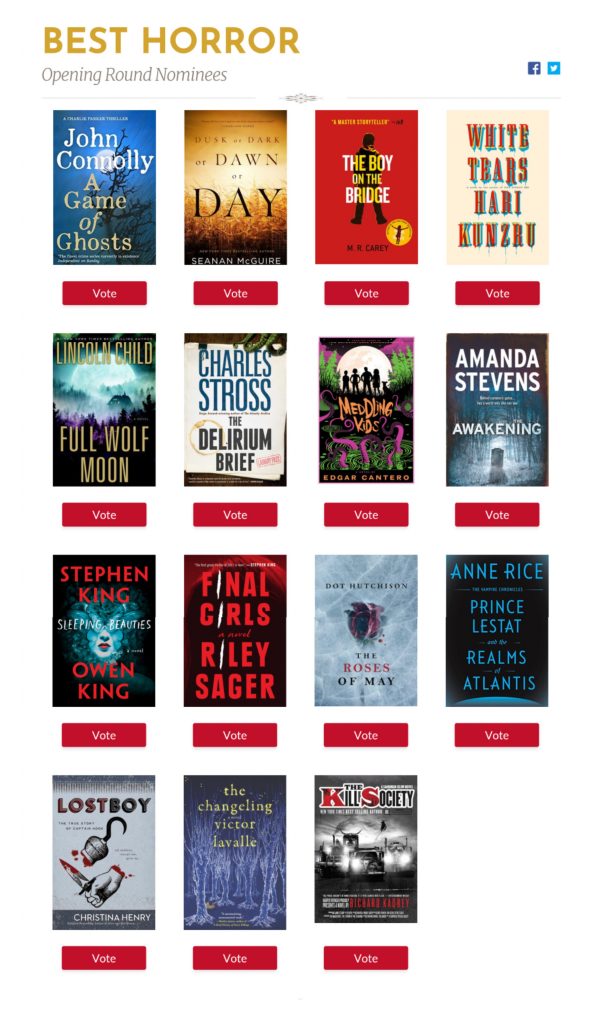 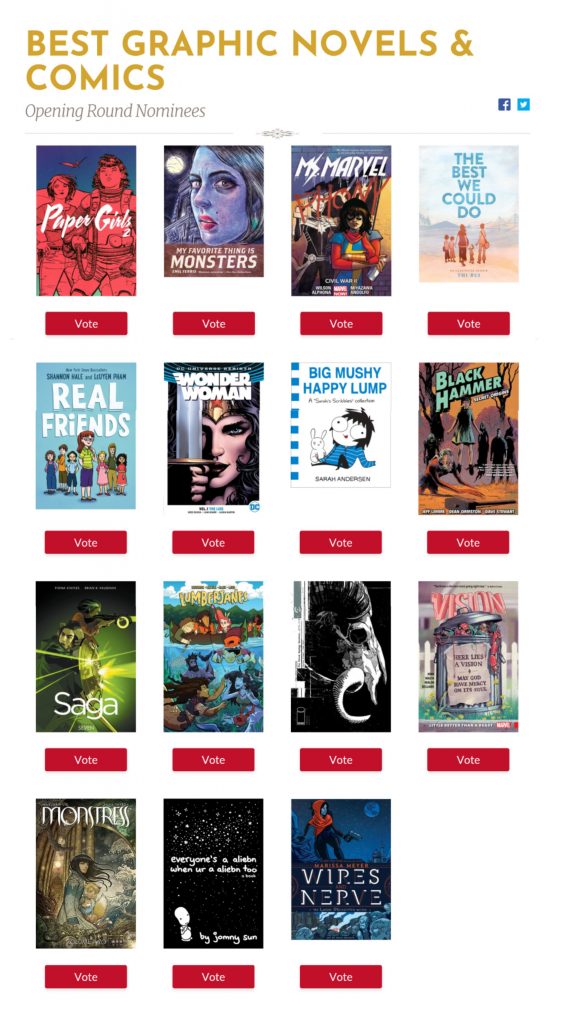 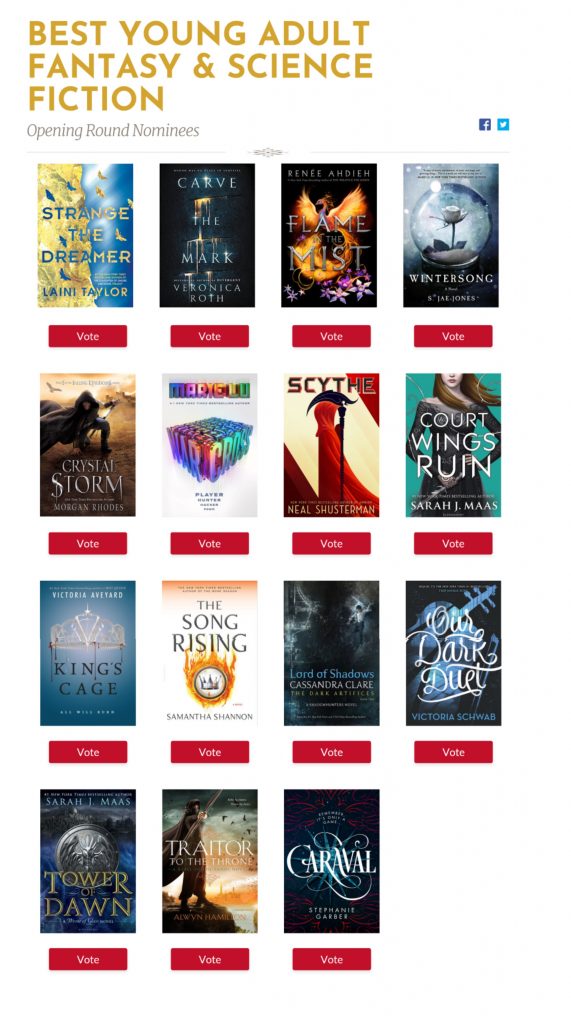 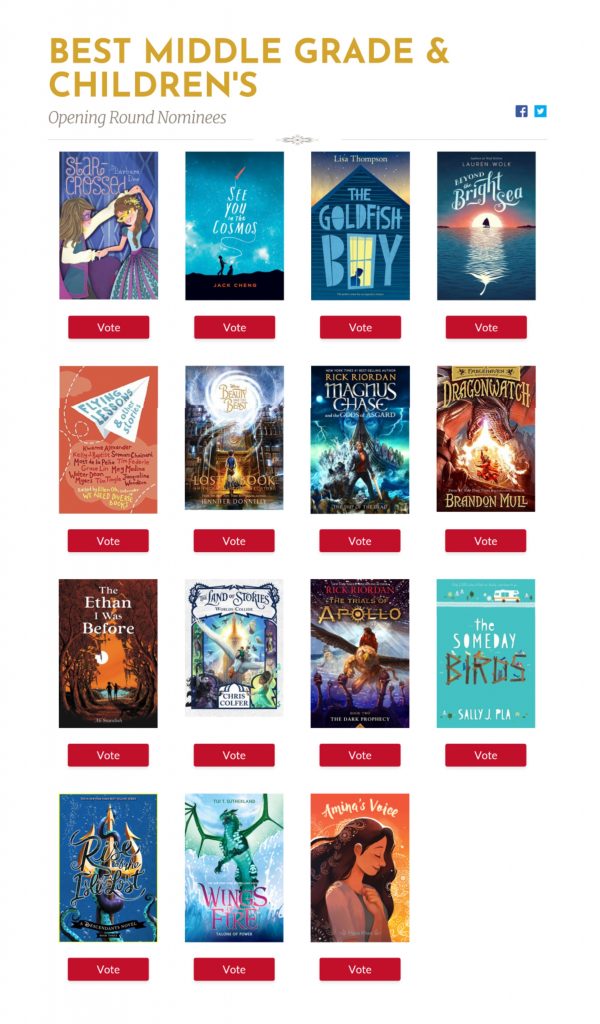 Voting opens to 15 official nominees, and write-in votes can be placed for any eligible book (see eligibility below).