Voting has begun in the semifinal round of the Goodreads Choice Awards: The Best Books 2017 and will continue through November 12.

Here is what Goodreads voters picked in the categories of genre interest, including any entries added by write-ins, which were allowed in the opening round. 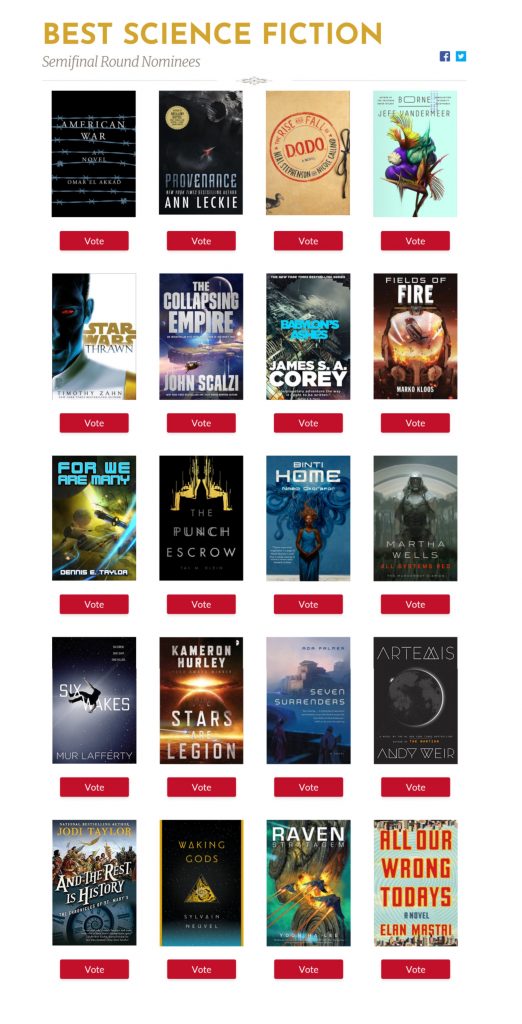 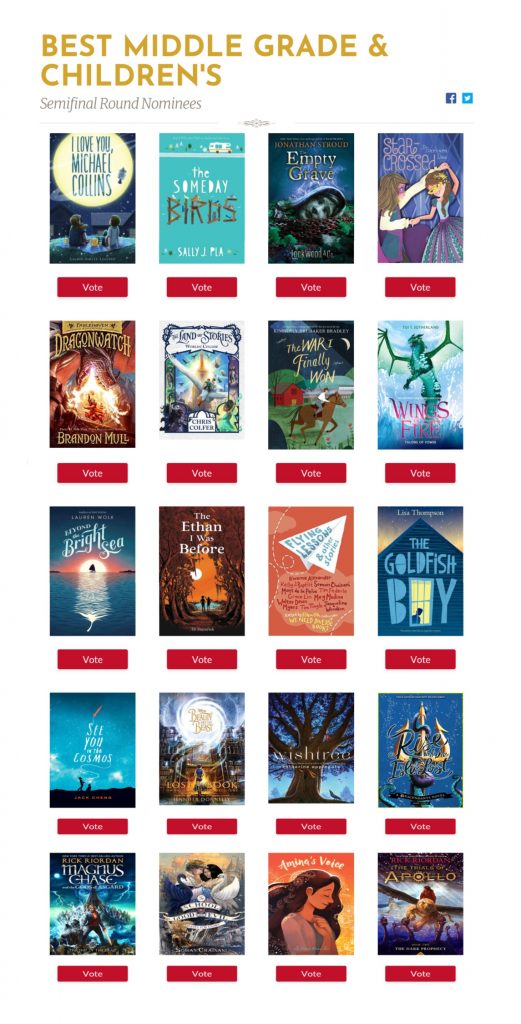