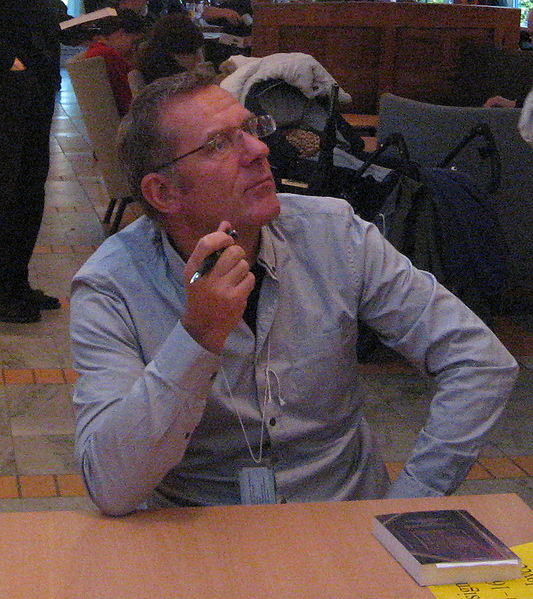 Graham Joyce, 5-time winner of the British Fantasy Award and author of the World Fantasy Award-winning novel The Facts of Life (2003), died September 9 at the age of 59 reports Locus Online.

Joyce announced in Spring 2013 that he had been diagnosed with cancer – at about the same time Iain Banks was discovered to have it. Unlike Banks, who died within two months, Joyce was able to pursue chemotherapy as an option. However, the treatment was unable to keep the disease from taking his life.

Joyce continued to blog about his circumstances and writing until August 2014. His last entry ends poetically —

And if a dragonfly buzzes my ear like an aeroplane I’ll still be going, ‘What did it say?‘ Because the screw that has for so long been loose in me hasn’t been tightened by cancer.

Actually I know what the dragonfly said. It whispered: I have inhabited this earth for three hundred million years old and I can’t answer these mysteries; just cherish it all.

And in turn the Heron asks, with shocking clarity as it flies from right to left and left to right: why can’t our job here on earth be simply to inspire each other?