(Not the same person as anthologist Martin H. Greenberg, no relation, who died in 2011.) 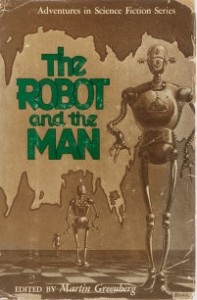 He and Dave Kyle co-founded Gnome Press in 1948. Together they published dozens of volumes of classic sf in hardcover for the first time.

According to the Science Fiction Encyclopedia Greenberg edited seven anthologies for Gnome, of which Coming Attractions (1957) consisted of SF-related nonfiction articles. The others were Men Against the Stars (1950), Travelers of Space (1951), Journey to Infinity (1951), Five Science Fiction Novels (1952), The Robot and the Man (1953) and All About the Future (1955).

Andrew Porter recalls that after years away from the sf community Greenberg, then living on Long Island, returned to attend some SF conventions in the 1990s.