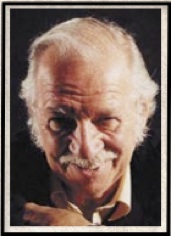 By James H. Burns: Just a few months after the passing of Lou Scheimer, who founded Filmation with the late Norm Prescott, the animation studio’s other original partner Hal Sutherland has died. The fantasy and science fiction efforts Sutherland directed were amongst — and may still be — the most viewed genre television efforts in the world.

Sutherland’s first animation job was at Disney in 1954. He wrote —

I was lucky to find assignments within the studio that exposed me to many facets of the animation world, (things that) most artists who had been there many years ahead of me never viewed. I was fortunate to work on short subjects and features such as Sleeping Beauty, Peter Pan, Lady and the Tramp, plus the very last theatrical short with Donald Duck. I spent several years absorbing that precious information and training. This training gave me a view of the technical sides of animation and later, when a very busy Walt Disney’s attention was detracted from the animation world — to creating Disneyland — the studio fell out of its production scheduling, forcing many layoffs. I was fortunate to be kept on for a good bit of time after most artists had gone to work at outlying small studios. …

After enjoying success at Filmation, he cashed out in 1974 and moved his family to Washington state where he pursued with equal success a career in fine art.