One of the (pardon my use of the word) hallmarks of advancing age is remembering when Christmas merchandise wasn’t rolled out for sale until after some ever-shifting holiday (Thanksgiving? Halloween? Labor Day?) Well, forget that! In 2018, they ran the sneak peek of 2018 Keepsake Ornaments two days before the Fourth of July!

And what have they got in mind for sci-fi fans this year?

Star Wars™ The Force Is Strong Tree Skirt With Light  as photographed reminds me of a wading pool. And priced at $99.99, it really should do year-round duty. 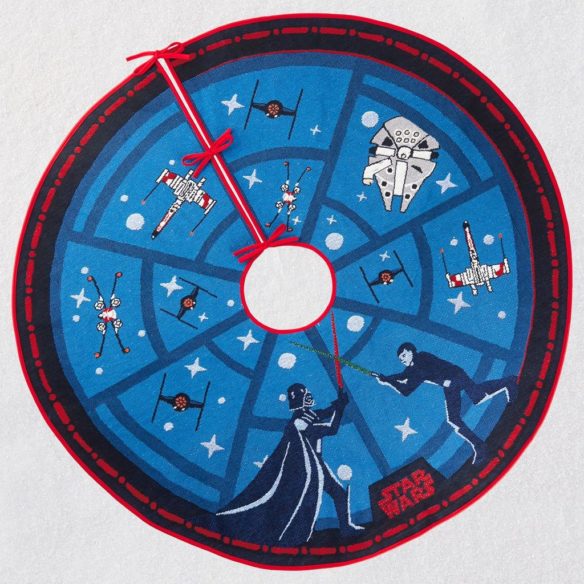 An owner of that tree skirt will need this on the other end of their tree — Star Wars™ Death Star Tree Topper. (Six inches in diameter!) 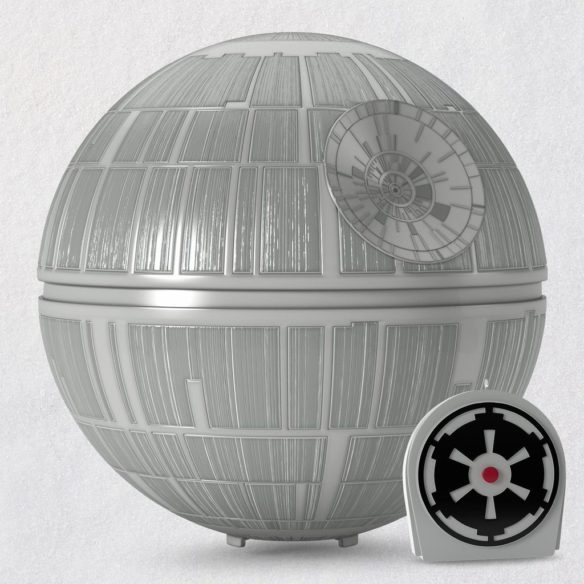 And they’ll want to replace Frosty the Snowman with Star Wars: Return of the Jedi™ A Rebellious Rescue Ornament With Light and Sound. 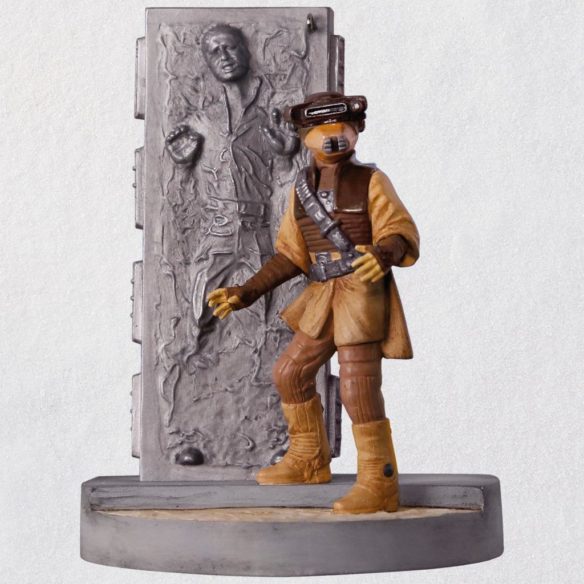 The thing I like about BB-8 is that, unlike most Keepsakes, it’s the right shape for an ornament – Star Wars TM BB-8 Personalized Ornament. 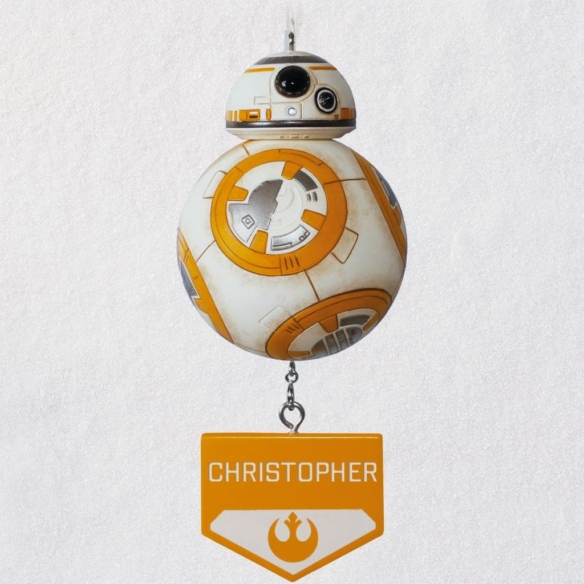 But I’m a little uncomfortable about the bodiless C3PO…. Star Wars™ C-3PO™ Ornament With Light and Sound. 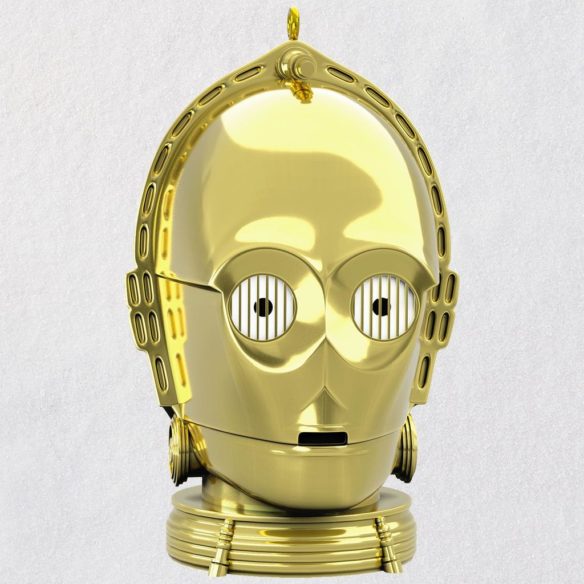 Marvel has its own ideas about celebrating trees — Marvel Avengers: Infinity War Groot and Rocket Ornament. 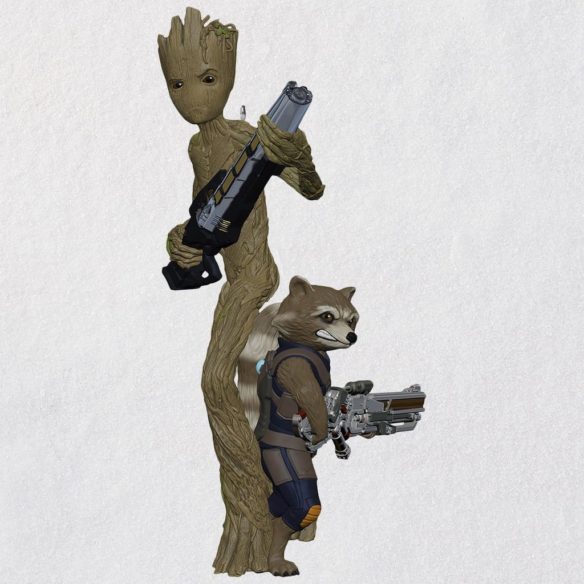 I have other friends for whom Halloween is the biggest holiday of the year. They’ll be needing this set of ornaments to make a proper Halloween tree — Tim Burton’s The Nightmare Before Christmas The Many Faces of Jack Skellington 25th Anniversary Porcelain Ornaments, Set of 9. 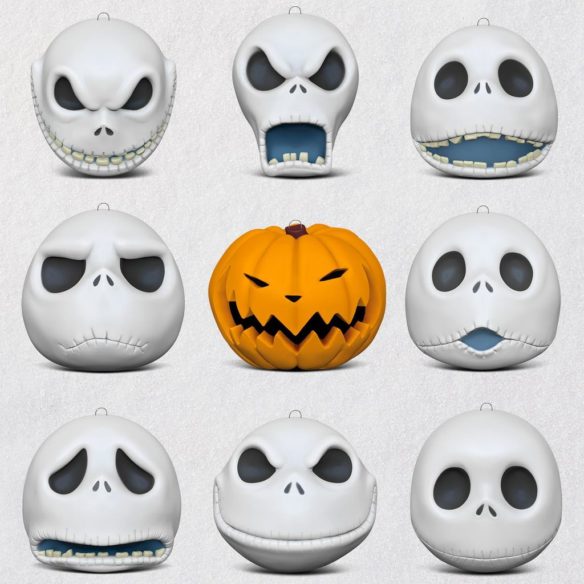 And for a little variety: Tim Burton’s The Nightmare Before Christmas Jack vs. the One-Armed Bandit Metal Ornament. 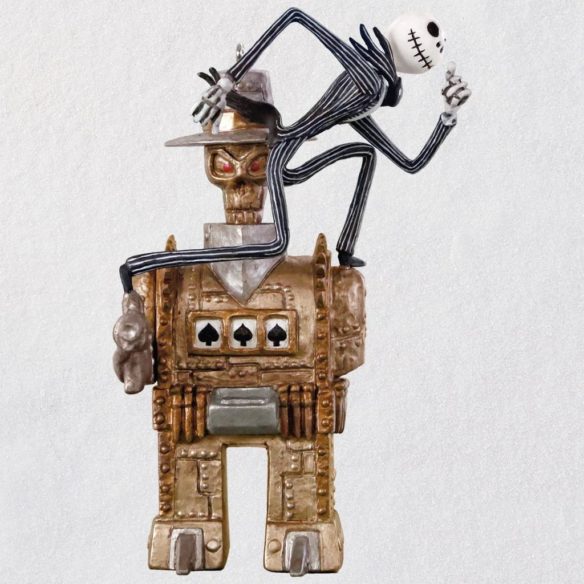 For those who think Ares is the reason for the season, there’s the “Wonder Woman™ Ornament”.

From Themyscira to your tree, Wonder Woman is ready to defend justice and promote peace in the name of all that is good. Proudly display this Christmas tree ornament that features the timeless heroine with her shield at the ready, a pose that recalls her advance into “No Man’s Land” on the frontlines of World War I and an epic battle against Ares, the God of War. 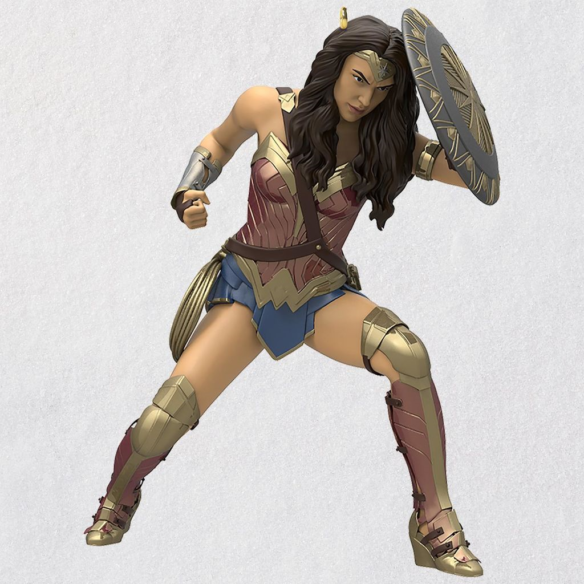 Then, depending on how badly you want to be reminded of the Justice League movie, there’s a line of merchandise that includes the Mini Justice League™ The Flash™ Ornament. 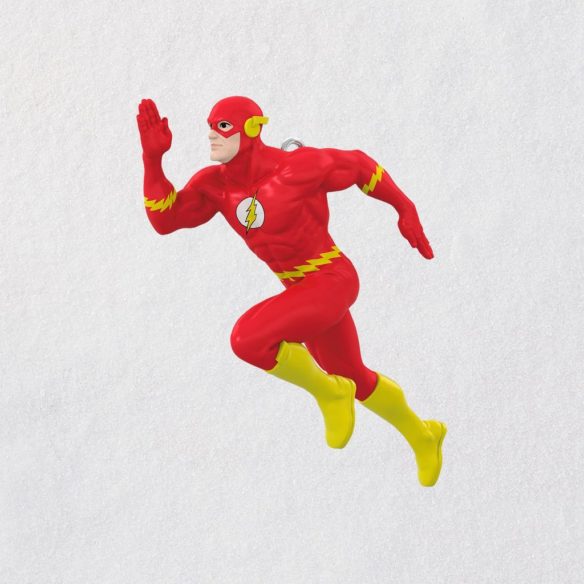 I had not previously associated “The Naked Time” episode of Star Trek with the holidays, but I guess I will from now on: Star Trek™ “The Naked Time” Ornament With Sound. No, the line in the sound track is not, “Duck, you sucker!” 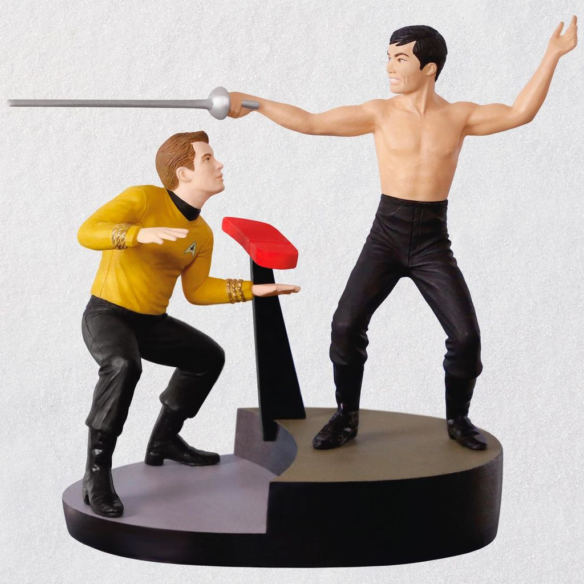 I actually like the look of 2001: A Space Odyssey™ HAL 9000 50th Anniversary Ornament With Light and Sound. Unfortunately, HAL 9000’s idea of a Christmas carol is “Daisy,” sung at the clock-winding-down pace which accompanied the computer’s demise in the movie.

The latest result in machine intelligence, the HAL 9000—thought to be the most reliable computer ever made and incapable of error—served as the brain and central nervous system for the Discovery One ship’s ill-fated mission to Jupiter. Fans of “2001: A Space Odyssey” will want to bring home this special Christmas ornament that celebrates 50 years of the science-fiction masterpiece. Press the button to see the ornament light up as HAL says several memorable phrases. 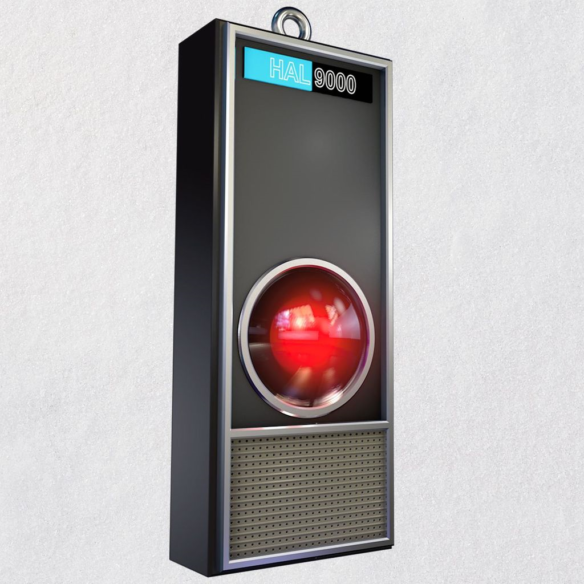 With so many Harry Potter movies released toward the end of the year, there is a kind of resonance with the holiday. Harry Potter™ First Impressions Ornament With Sound. makes sure the association is not too pleasant. The sound track is Snape quizzing Harry about a bunch of things he doesn’t know and belittling his fame. 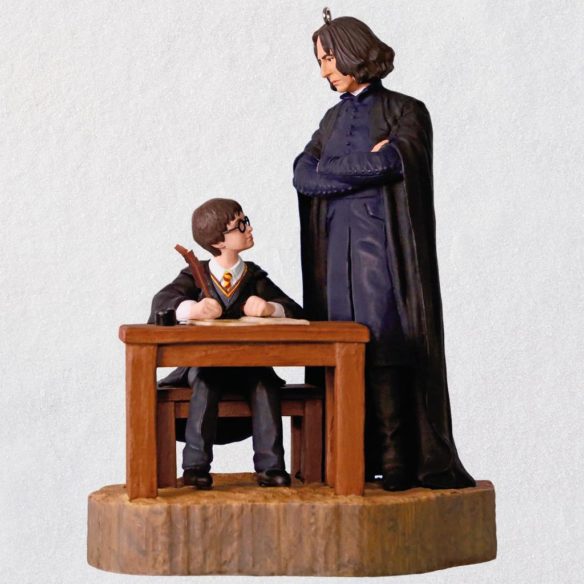 Don’t get the impression that Hallmark’s line of movie-themed ornaments is uniformly hostile to traditional ways of celebrating Christmas – far from true! Press the button on National Lampoon’s Christmas Vacation™ A Fun, Old-Fashioned Family Christmas Ornament With Sound and Light – and (right after the electric sizzle) comes a choir belting out Handel’s “Hallelujah Chorus”!

Nothing is going to get in the way of Clark Griswold’s fun, old-fashioned family Christmas! Fans of the hilarious holiday movie “National Lampoon’s Christmas Vacation” can press the button on this Christmas tree ornament to relive the moment Clark’s big exterior decorating display finally comes to life. The ornament captures the image featured on the original movie poster with “Sparky” wrapped in a string of lights teetering on the roof of his house. Lights on the roofline illuminate when the button is pressed. 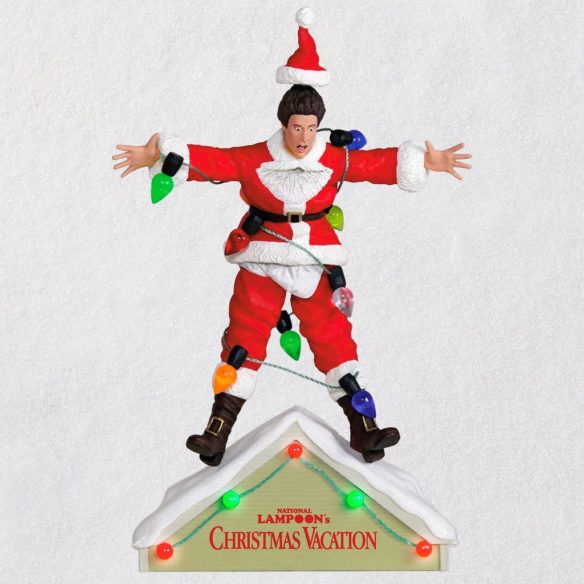