By Rich Lynch: There were panels at Worldcon 76 which were so popular that the audience filled every seat, took every standing room place around the room, and even spilled out into the convention center hallway. For those you had to get there early as I found out to my dismay a couple of times. The one that possibly had the greatest audience overflow happened on the middle day of the convention – it was a remembrance of Harlan Ellison, who had died just a few weeks earlier.

As most of us know, Ellison had a very outgoing and at times provocative personality (to say the least!), and he often interacted with fans throughout his life partly because he was a science fiction fan before he became a professional writer. A show of hands indicated that most of the people in attendance had a personal Harlan story of some kind (Nicki and I included), but given how packed the room was and how limited the available time was (just 50 minutes were allotted) it was only the panelists who shared their memories about Ellison with the most entertaining ones, no surprise, coming from Robert Silverberg, who had been friends with him for more than 60 years.

Ellison was depicted as one of the great science fiction writers of all time, which he certainly was, and also someone who wasn’t averse to stirring up some controversy by his words and actions from time to time. Which he certainly did. The panelists appeared to me to show catharsis with all their Harlan stories, and in the end there was consensus that there was a pedestal somewhere out there that Mr. Ellison’s career and reputation would reside upon.

He was unique, and that was emphasized at the end of the panel by Silverberg when, after hearing the moderator say that we would not see Harlan’s like again, responded: “One was more than enough!” It brought the house down.

[This is an excerpt from Rich Lynch’s full Worldcon report, which he’s still drafting.] 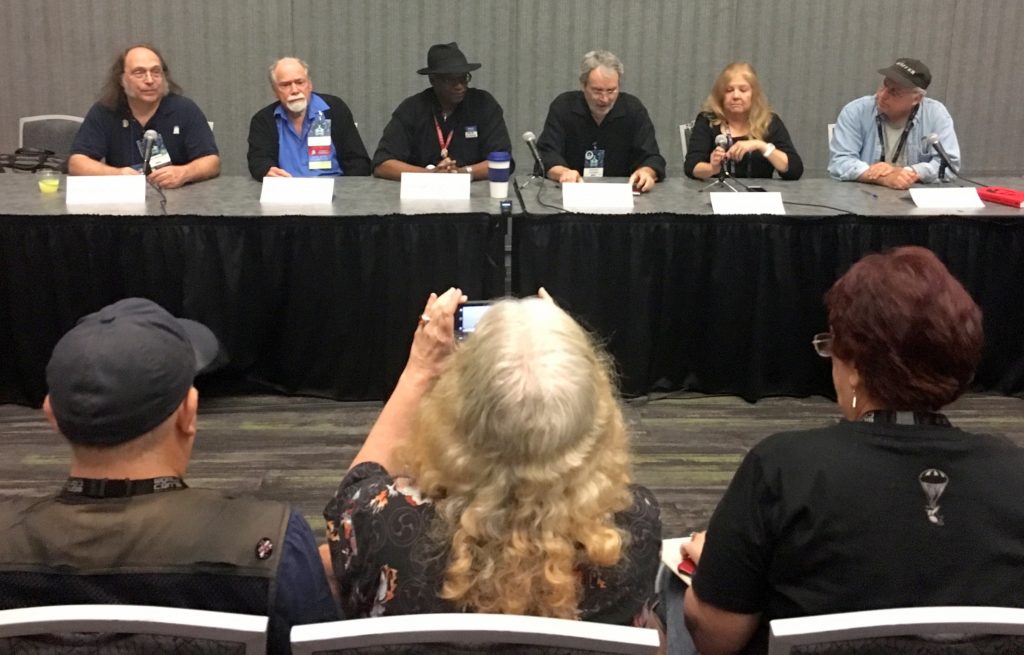