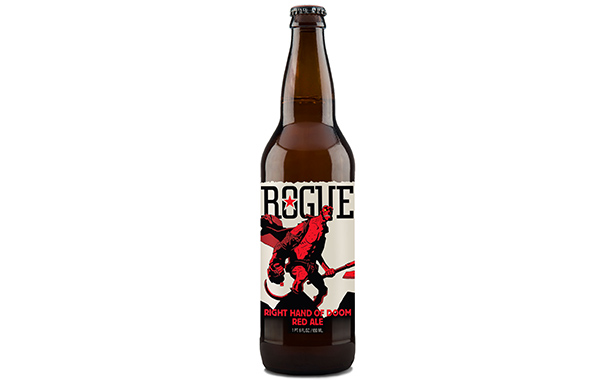 Add another name to the roll call of genre brews!

Hellboy Right Hand of Doom Red Ale from Rogue.com will debut February 20 in Portland at the Things From Another World Comics store.

In the words of Entertainment Weekly:

This year marks the 21st anniversary of Mike Mignola’s Hellboy—and now that the celebrated demon-hero is finally of legal drinking age, he’s getting his very own beer named after him.

Hellboy creator Mignola will be signing at Things From Another World alongside Matt Kindt (Mind MGMT), Eric Powell (The Goon) and Brian Wood (Rebels).

Bottles of Hellboy ale can be preordered from Rogue for $6.75 plus shipping.