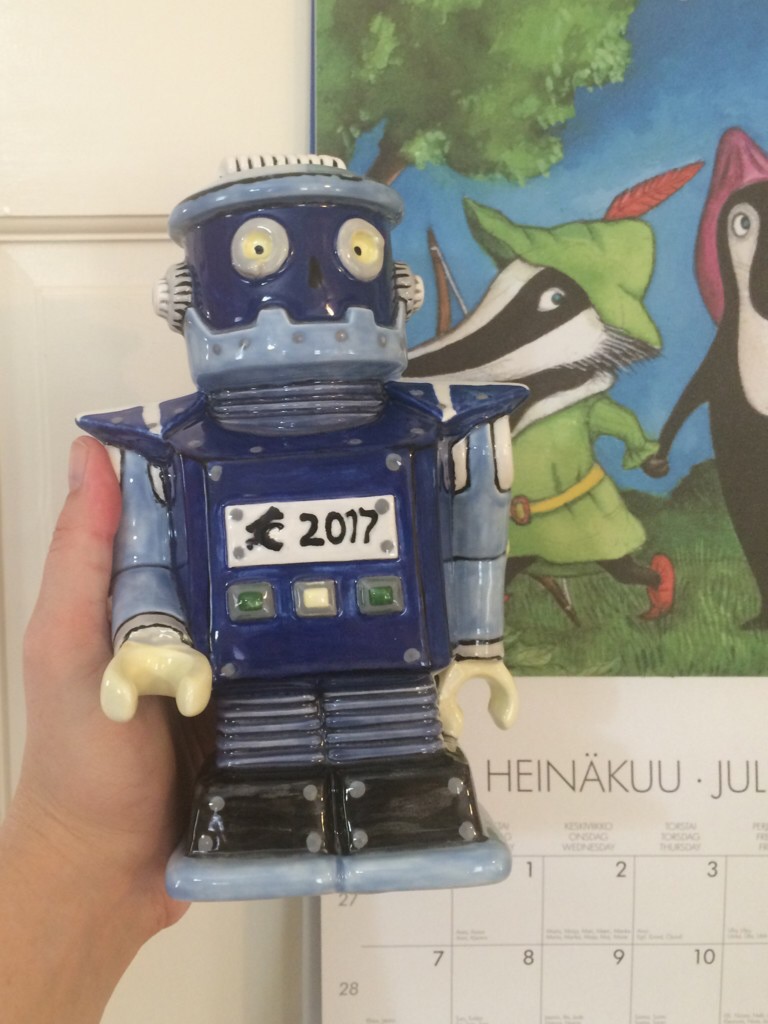 The Helsinki in 2017 is promoting itself with a wide variety of crafts using the bid logo, the items given as prizes when people support and friend the bid.

Crystal Huff says, “There are a lot of people who can’t afford to support Helsinki with money, but who want to help. So they’ve found really clever ways of infusing the bid with their enthusiasm by making all sorts of awesome things. One person is even brewing mead made with tar syrup from Finland, to be used for our Sasquan parties!”

Items people have made for Helsinki include:

Several Finns made the earrings and keychains, and all the felted crafts were by Eppu Jensen who is a professional crafter. Cat Valente is working on a dress made of bid t-shirts. The robot bank was produced by a group of fans at a paint-your-own-pottery place in Boston. They also produced a cheese plate and picture frame, but I don’t have photos of those at the moment.

Temporary tattoo for Helsinki in 2017

Tie-dyed t-shirts for Helsinki in 2017