By John King Tarpinian: A few months back File770 posted a piece about a charity auction for Con-or-Bust, an organization that strives to help people who otherwise might not be able to attend SFF conventions. Since Forry Ackerman helped Ray Bradbury attend his first convention I thought that Ray would appreciate posthumously paying-it-forward. To that end I have donated a brick taken from the outer wall of Ray’s study, where he wrote his last stories and held court in his final years.

Please take a look at the auction, be it for the Bradbury Brick or other items of interest. The auction closes Sunday, June 5, at 4:00 p.m. Eastern.

As a reminder, the 451 pairs of bookends made from Ray’s home sold out in less than 3 days. 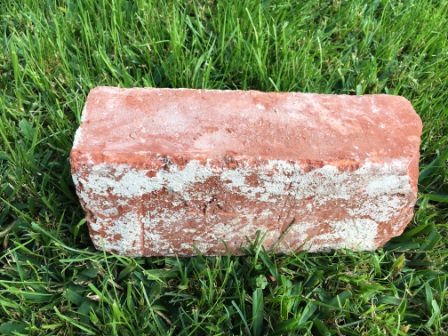