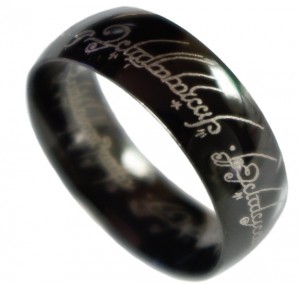 By Daniel Dern: According to a November 13 press release, Amazon.com will be doing one or more TV shows to based on Lord of the Rings and possibly other of J.R.R. Tolkien’s published and unpublished works — and thanks to an anonymous email from PalantirLeaks, I’ve got the inside scoop on their plans…which I’m (shhhh!) sharing with you.

As you’ll see, the Big A has an ambitious potential line-up — enough for its own cable channel — going beyond the obvious series and mini-series to the gamut of TV possibilities.

(Note/disclaimer, I’m not the only person having fun with this announcement — I’d noticed some likely headlines before I wrote most of my piece, but carefully avoided reading any of those stories… although I’m not finding them now, just this — “Hobbit star Orlando Bloom promises elven spin-off movie”.

I also deliberately avoided what’s probably the most obvious LoTR spin-off suggestion as too obvious not to have been made decades ago, and as a quick web search shows, there’s no shortage of hits for “Mordor She Wrote”…)

MAKE ‘SHROOMS FOR DADDY. (Cooking) Hobbit-hosted, featuring festive fungi feasts. Sponsored by Farmer Maggot, who tries to interrupt with shaggy-warg stories about rascally hobbits trying to steal his mushers at night, plus PSAs flagging the visual differences between safe versus poisonous (or otherwise dubious) ‘shrooms.

HAPPY, HUNGRY HOBBITS! (For kids; possibly animated.) Follow Frodo, Samwise, Merry, Pippin and others when they were rascally young hobbitlings, and their hilarious hijinks as they search for elevenses, experiment with Gandalf’s fireworks, and more. Watch Frodo get in, and escape from, trouble by “borrowing” his Uncle Bilbo’s magic disappearing ring.

CLOAKS AND STAFFS U. (Angsty series) Gandalf, Galadriel, Saruman, Radagast when they were at wizarding school, learning their craft — and practicing through pranking each other.

RIDDLE US THIS (Game show) Smeagol Gollum hosts the ever-popular riddle game show, where the loser may be eaten, or at least web-wrapped by Shelob.

THE AMAZING WRAITHES. Which team will make it from the Last Lonely House to Mount Doom before the one of the Nine get them? All bets are off, in this exciting — and thrill-filled — competition.

DANCING WITH THE ELVES. (Competition) Judging includes who looks the most embarrassing by comparison.

THE B-FELLOWS. (Either reality show or fiction, TBD) Sure, we know about the Fellowship of the Nine… now follow the travails of the team(s) that didn’t make the cut, who bravely (but not always eptly) set themselves up as Decoy Fellowships.

HOW I MET YOUR MITHRIL (Middle Earth Geographic documentary) A look at the geography, minerals, fauna and non-sentient flora of Middle Earth, from pipeweed and athelas through why some of the mountain ranges improbably have corners (see
https://www.tor.com/2017/08/01/tolkiens-map-and-the-messed-up-mountains-of-middle-earth/). Narrated and led by Ranger ‘arry Aragon, with stunning aerial views courtesy of Eagles with head and body cams.

THE AMAZING SPIDER-SAM (live-action). Heh, turns out Shelob wasn’t just a humongous spider, she was also radioactive… as Samwise found out when he returned to the Shire and found himself sticking to walls, shooting webbing from his fingers, being strong as an Oliphant, and wanting to eat insects. Hilarity and hijinks ensue.
So set those DVRs, that’s what we’re Tolkien about!

10 thoughts on “Hey Amazon, How About Doing These Lord of the Rings TV Shows?”