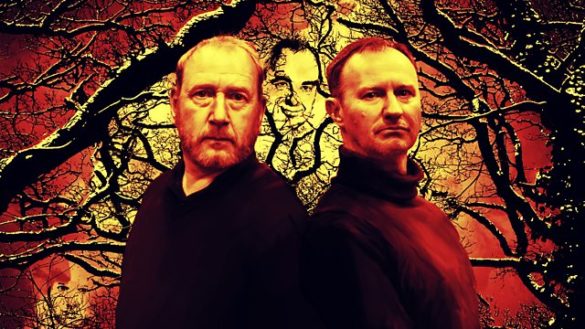 By Jonathan Cowie: One of the most prominent screen writers of mid-20th century British SF was Nigel Kneale.

He is famous for the Quatermass TV series as well as controversial (among the establishment) TV adaptation of Orwell’s 1984.

To mark Halloween, the Beeb Beeb Ceeb has just re-adapted a found script for the lost television play The Road (1963).  This new adaptation has just been broadcast on BBC Radio 4 as an audio play.

The Road is a science fantasy in which an 18th century scientist comes to a remote English village whose surrounding woods are apparently haunted. He and a small group set out into the trees to investigate…

Without giving you a spoiler, it has to be said that The Road deviates from where you think it is going with a very neat twist towards the story’s end. This turn makes the story more a science fantasy (than a fantasy horror).

The Road was only ever broadcast on television once but has stuck in the minds of many of those that saw that screening. This radio play adaptation is based on the original script and is therefore something of SF heritage value.

The radio play can be heard on BBC i-Player for the next three and a bit weeks: The Road.