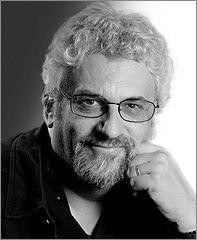 Norman Hollyn, Professor of Cinematic Arts at the University of Southern California, will be the first recipient of the Michael Kahn Endowed Chair in Editing at USC, which will be presented by Steven Spielberg at a ceremony on November 11. Kahn will be in attendance.

Michael Kahn, with eight nominations, is the most-nominated editor in Academy Awards history. He has edited many Spielberg pictures, winning Oscars for his work on Raiders of the Lost Ark, Schindler’s List and Saving Private Ryan.

Hollyn’s own credits as a film, TV and music editor include Heathers, The Cotton Club, and Oliver Stone’s Wild Palms. He has written the standard editing room textbook, The Film Editing Room Handbook, and that he thrives as a teacher anyone can see from this video —

Norman and I traded fanzines in the early 1970s when we were both college students – indeed, I was a freshman at USC where he now teaches.

1 thought on “Hollyn Gets Endowed Chair at USC”