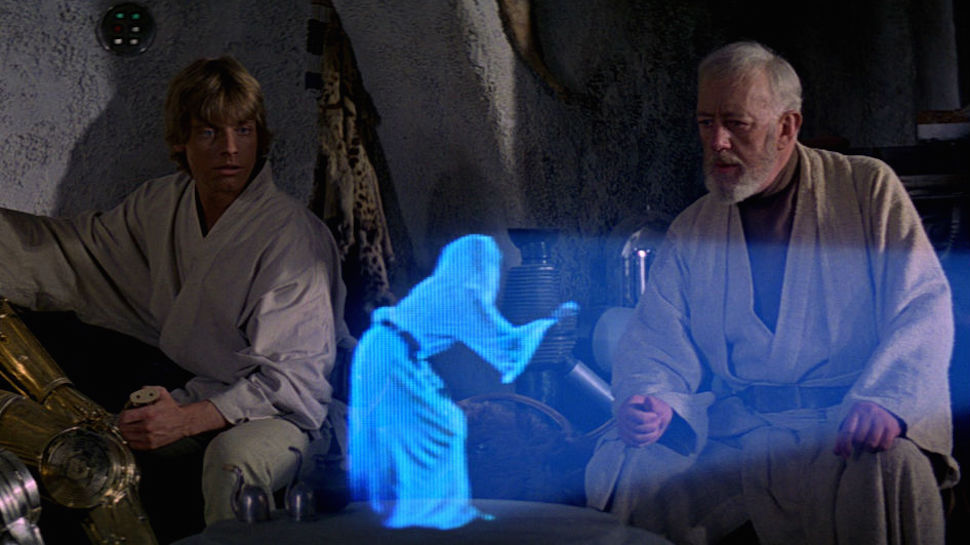 By Brandon Anthony: Star Wars‘ was revolutionary when it first came out in 1977, and not only from a cinematic perspective. The film was able to foretell — by piecing together a broad pastiche of sci-fi influences- – many of the most impressive technological feats of today. While we all may not carry working light sabers quite yet, we are closer than ever to mastering many of the tools that appear in the original trilogy. From the digital helpers like “Siri” that live in our smartphones to the commercial spaceflights advertised by the likes of Sir Richard Branson, Star Wars is no longer confined to silver screen.

Space Flights for All

For anyone who fancies a quick trip to space, a new era of exploration and tourism may well be at hand. This summer, NASA selected four astronauts to begin working with The Boeing Company and Elon Musk’s SpaceX to further open up low-Earth orbit transportation to the private sector. With the hopes of building a commercial market for space transportation, NASA’s endeavors could one day help everyday people experience a taste of what the characters of Star Wars feel when they rocket the Falcon “.5 past light speed.” A few minor accidents this year have slowed progress somewhat, but as long as there are enough well-to-do tech moguls out there to continue providing capital support the outlook for commercial trips to suborbital space remains optimistic.

If there’s one thing the military does well, it’s invent scary new ways for us to wreak havoc. Battle robots and droids, for instance, are now being used in real wars, though the robots are still controlled from a distance by a human. Many experts predict, however, that the future of warfare may be fully robotic, and the semi-automatic robots used today for bomb disposal and surveillance will be replaced by “droids” that can do our bidding intuitively. While our robots don’t yet look like the B1 battle droids in Star Wars, we are getting closer to robots that can make decisions independently from people – both a thrilling and terrifying thought. For civilian life back home, some of that same automated technology is being used within self-driving cars and other “intelligent” machinery. The encroachment of all these “self-help” tools may one day render many of our most laborious tasks obsolete.

Though the technology for holographic virtual reality was invented in the early part of the 20th century, George Lucas was ahead of his time in his onscreen depiction of its maturity. The average person saw “real” holograms for the first time in Episode IV, when Luke received Leah’s request for help. Now, with Microsoft’s developers working to develop a new device called the “HoloLens”, we may finally get a chance to experience high-definition holograms in real life. Though holograms in any form are still not in everyday household use, it’s easy to imagine a future where friends can leave each other holographic messages rather than voice mails.

Advanced “power cells” are a reality now as well. Though the science behind them is certainly different then the energy cells in the film franchise, the importance of storing energy in a way that is both efficient and compact is increasingly important for our electrical needs today. Now our advanced lithium batteries smaller, lighter, and more powerful than ever before. According to Dominion Ohio, one of the country’s largest energy providers, battery energy storage may soon be utilized for utility-scale energy storage – allowing us to better store power produced from renewables such as solar and wind. In Star Wars, Luke and his uncle Owen are “moisture farmers” in the deserts of Tatooine; going forward in an era of climate change, Earth’s inhabitants would do well to continue to take a leaf from Star Wars approaches to energy and innovation.

Apple’s “Siri” and Amazon’s “Alexa” are today’s AI assistants. Much like C-3PO they were designed for human interaction and are meant to respond to their owner’s requests in as natural a way as possible. Though they currently live in our cell phones or data devices, it is not hard to imagine a future where their software is installed into robots. Nor will it be long before they can think and react independently. At that point we may have an entirely different set of concerns to worry about.

With the latest Star Wars still in theaters and continuing to break records left and right, one is left to wonder — how many of the innovations shown in The Force Awakens, will soon be in all of our homes as well? I certainly wouldn’t mind a lightsaber, but the BB-8 has the advantage of also doubling as a cat toy. As they say, the future belongs to those who believe in the beauty of their dreams.

25 thoughts on “How Star Wars Fueled the Future”