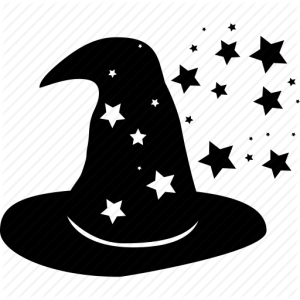 By Steve Davidson: I’ve scored a fair number of Pixel Scroll titles over the past several months and I was originally going to reveal my secret methods for constructing the same, but then I decided “Nah”.

Instead, I’ll propose how Filers can go about scoring what I’m calling a “Hat Trick”, because the Stanley Cup Finals are being played and I like hockey.  (Especially old school hockey that we’ll never see again…).  Anyway.

A Hat Trick in hockey is earned when a player scores three goals in the same game.  A Gordie Howe Hat Trick (Gordie was one of the greats – Mr. Hockey – and recently passed away) was scoring a goal, an assist (second to last player to touch the puck before the goal) and has a fight in a single game.

It’s not possible to have three titles in one Pixel Scroll (unless Mike decides to do that), so we’d have to go with a version of the Howe Hat Trick.  Here’s my proposal:

We’ll have to trust that Mike won’t try to kick the goal off its mounts – but I’m sure no one has a problem with doing that.

There are alternative iterations:  We could substitute a “disagreement In the comments” for #3.

We could do a weekly and award the Hat Trick for three titles in one week.

Or we could chuck the whole thing and just watch hockey, when it’s in season.