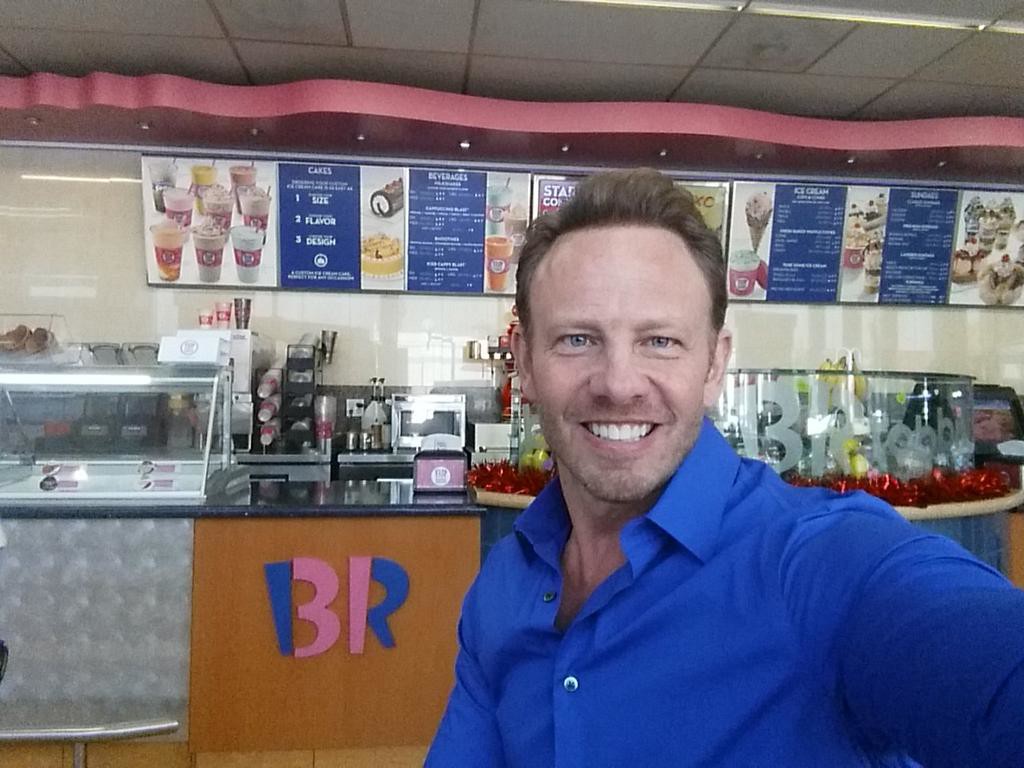 Baskin-Robbins Ice Cream’s “Flavor of the Month” for March will be — Snacknado. Ian Ziering, star of Syfy’s Sharknado movies, spent Friday scooping samples for publicity photos. According to the Burbank Leader  —

Ziering was at the Baskin-Robbins on South Victory Boulevard in Burbank handing out samples of the ice cream shop’s upcoming flavor of the month called “Snacknado” — salted caramel ice cream packed with chocolate-covered potato chips, pretzels, chocolate chips and a chocolate-covered pretzel ribbon.

“It’s a kitchen sink of snacks,” Ziering said, riffing from behind the counter. “It’s a Snacknado.”

Ziering, whose recent stint on the reality TV show Celebrity Apprentice ended this week with him being fired, will soon be back at work on Sharknado 3. He’s read the script and says the next sequel will be a “disaster road-trip movie.” And Ziering said, “There’s very few weapons you can use to battle a sharknado. So you’ll probably see a chain saw.” 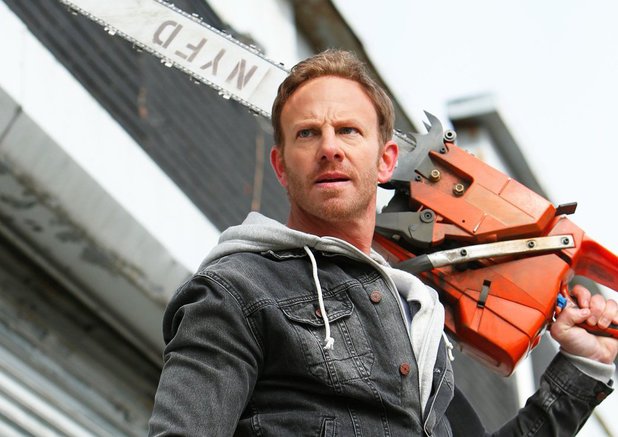