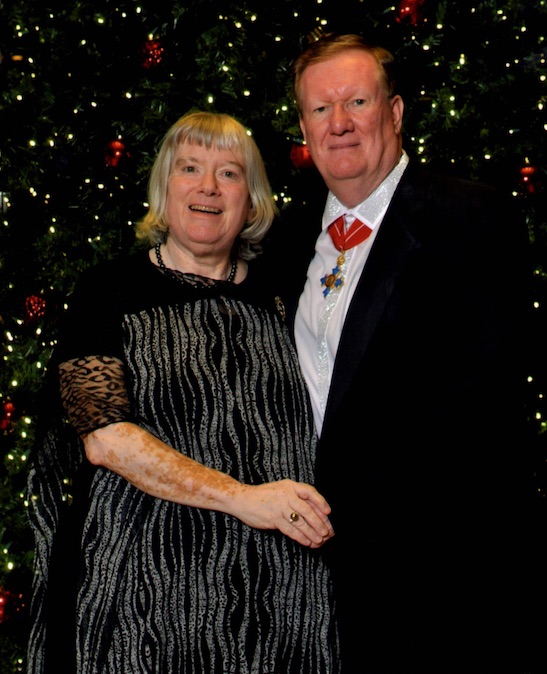 Eric Cannon and Sue Kulinyi were honored with the International Costumers’ Guild’s 2017 Lifetime Achievement Awards this weekend at Costume-Con 35 in Mississauga, Ontario.

The husband and wife team of Eric Cannon and Sue Kulinyi are well-known videographers.

[They] make it their mission to make costumers look good onstage for future generations to view, as well as providing DVDs for participants to take home to show off, mere hours after the convention has closed.

As official videographers to many costuming conventions, Eric and Sue use their own equipment and usually have to drive to convention sites, and spend considerable time setting up multiple cameras and attending technical rehearsals because they know how important this will be to the costumers and to the archival process.

They are also active in procuring old videos of past convention masquerades and have preserved this footage, making it available through their company, Rare Recorded Videos. Given the frailty of video tape, much of our costuming past was in danger of being lost forever had it not been for their efforts to collect this footage and donate copies to the ICG Kennedy Archives.

In 2014, Eric undertook to further our history by lobbying the Library of Congress to accept our masquerade DVDs into their archive. Because of his efforts, costuming in all its forms has been “recognized as a legitimate art form.”

Sue sometimes steps in as Stage Manager, a role that includes organizing and coordinating the operation of the main stage, and the operation of lighting and sound for the masquerade contestants. Eric occasionally finds time to participate in masquerades, sitting in the audience in costume to record, then running backstage at the last minute to join a costume group and carefully resuming his position behind the camera when the entry is finished.

Eric and Sue have made a major contributions to the continuation of our hobby and art form. They do this with consummate professionalism and good humour.

A year ago Lisa Ashton was presented the 2016 Lifetime Achievement Award at Costume-Con 34 in Madison, WI. 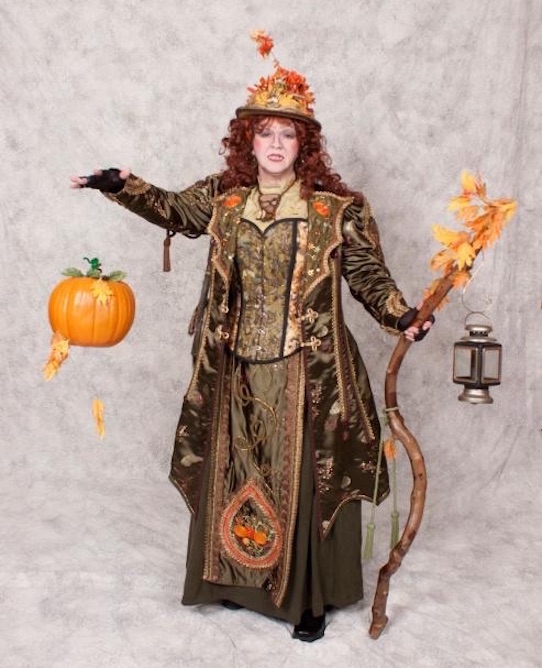 Lisa Ashton has been active in the costuming community since 1989 when she attended her first Worldcon. She has been recognized as a Master Costumer who is renowned for her workmanship, especially in beading.

Lisa is also is a tireless volunteer in the community, serving on convention committees, presenting on panels at conventions, teaching workshops to share her knowledge and skills, and serving as a presentation and workmanship judge for several dozen Sci-Fi/Fantasy and Historic masquerades.