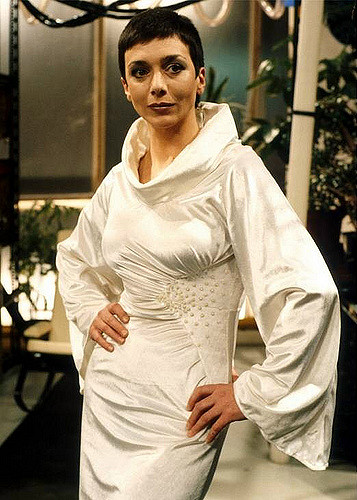 There was allegedly a plan at one point for her and Paul Darrow to cameo in Doctor Who as two unnamed characters who would clearly be Servalan and Avon from Blake’s 7. For her appearance in the CD mini-series The Actor Speaks, she performed a piece written for her by Tanith Lee.