By Mark L. Blackman: On the lovely autumn evening of Wednesday, October 18 (and as the Yankees were winning in the Bronx), the monthly Fantastic Fiction Readings Series hosted authors James Patrick Kelly and Jennifer Marie Brissett at its longtime venue, the doubly-aptly-named Red Room at the 2nd floor KGB Bar in Manhattan’s East Village. The gathering again seemed smaller than usual. 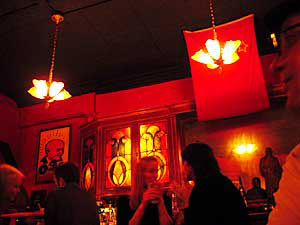 The Series is characterized by its mix of well-established authors and newer writers quickly making a name for themselves, but the evening’s readers shared a noteworthy connection, aside from each having triple-barreled names. It turns out that Kelly was Brissett’s graduate mentor. “She passed,” he hastened to add.

The event opened, as customary, with Series co-host Matthew Kressel’s exhortation to support the Bar by buying a drink or two (and tip the bartenders) – “Support the Bar, support the Series” – and announcing upcoming readers:

(All dates – other than December’s, which is a Saturday – are the third Wednesday of the month. Details and lineup well into 2018 are available at the Series website. He concluded by introducing the evening’s first reader.

Jennifer Marie Brissett, a Jamaican-British-American, is the author of Elysium, or The World After. She has been shortlisted for the Locus Award, the James Tiptree, Jr. Award, the storySouth Million Writers Award, and has won the Philip K. Dick Special Citation. Her short stories have appeared in Fantastic Stories of the Imagination, Lightspeed, Uncanny, The Future Fire, APB: Artists against Police Brutality, and other publications. She read from her next novel, Eleusis, the upcoming sequel to Elysium (she had just handed it in to her agent). The myth of Persephone and Demeter is “at the heart of the story,” she explained, before cautioning the audience about the ugly violence in her selection. In a post-apocalyptic future, the activities of a group of children, one of whom, Cora, has visions, is interrupted by the invasion of a rebel army. The boys, he declares, are now child soldiers, and the girls, including Cora, are raped; those resisting are summarily shot.

During the intermission, Kelly circulated, handing out print copies of his newsletter, Strangeways. Afterward, Series co-host Ellen Datlow assumed the podium and introduced Kelly, the second reader of the night. 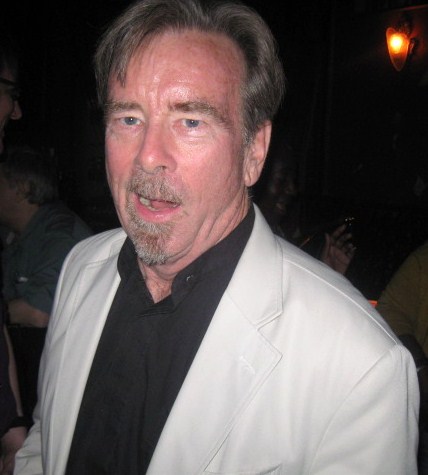 James Patrick Kelly has won the Hugo, Nebula, and Locus awards for his works, among which are . Planet of Whispers, Look Into the Sun, Wildlife, Burn, “Think Like a Dinosaur” and “1016 to 1.” Additionally, he has edited several reprint anthologies with John Kessel, among them The Secret History of Science Fiction. His most recent publications are the novel Mother Go (“my first novel in twenty-something years”), an audiobook original from Audible (and an audio exclusive – there’s “no print edition for the foreseeable future”), and the career retrospective Masters of Science Fiction: James Patrick Kelly from Centipede Press. He also writes a column on the internet for Asimov’s Science Fiction Magazine.

“I love to read aloud,” he began, and “this is my favorite place to read.” Though he should have been “flogging” Mother Go (his editor was in the audience), he instead read “Yukui!” (pronounced U-Q-E), an (the) original story from his new collection (forthcoming in February from Prime), The Promise of Space. (“I used up my yearly allotment of exclamation points,” he quipped.) The titular character is a DI, directed intelligence, or sidekick, who calls herself Sprite for her avatar’s fairy body, in unrequited lust with her owner. As a result, she is, to her great dismay, transferred into a sexless shell or chassis, deprived of what she considered her destiny and given another. (Tongue firmly planted in cheek, he said that it’s “my Blade Runner story.”)

Copies of Brissett’s Elysium were for sale at the back of the room from the Word Bookstores of Greenpoint, Brooklyn (and Jersey City). (As it happens, “once in her life, a long time ago and for three and a half years,” she herself owned and operated a Brooklyn indie bookstore called Indigo Café & Books, which I confess apologetically never having visited.)

Prior to the readings, as usual, Datlow snapped photos of the readers and the audience. Her photos of the event may be seen at the Series website, http://www.kgbfantasticfiction.org/. 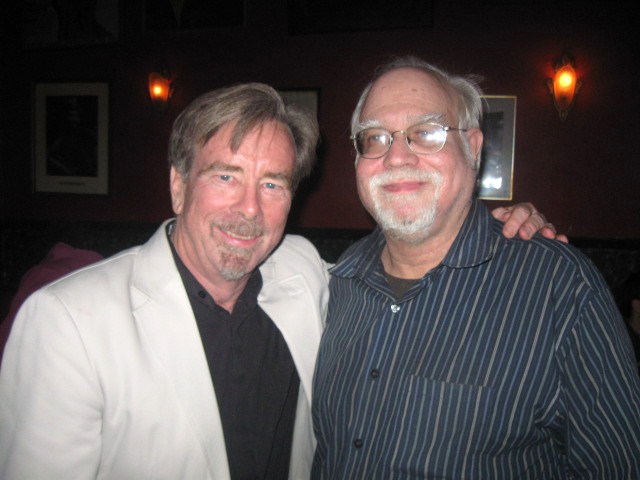