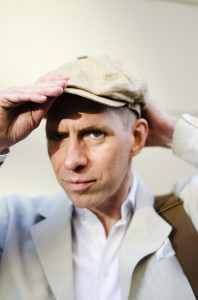 At an early age Frick wrote short stories for science fiction fanzines. Frick translated four Patricia McKillip novels into Swedish, which appeared in 1996 and 1997. He also founded the Gothenburg outlet of the Science Fiction bookstore.

In recent years he had stories published professionally by MIX Forlag, among them “Kepler Boulevard” and “Port Michèle.” And, says Holmberg, “In the last few days before his death, he managed to do what he decided on two months ago, when his doctors told him nothing further could be done: to finish his first adult sf book, a collection of four interconnected far future noir stories.”

An interview with Frick on MIX Forlag’s webpage about his work provides insight into his work and history, and is readable in English with the help of Google Translate. He also spoke on camera about one of his stories —

2 thoughts on “Johan Frick Passes Away”