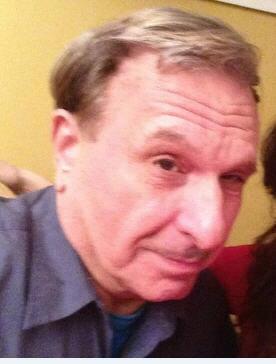 By James H. Burns: Hopefully, by now, this story has a happy ending.

But several of John’s friends are only now discovering the news that he went missing last month.

And while I hope to have better news within the next day — time, in this type of instance, can be crucial, if John’s still lost.

Cocchi has been one of the leading film history researchers for decades. If he never wrote extensively about fantasy and science fiction films, he is thanked in many (if not most!) of the books on the genre that appeared in the 1960s and 1970s.

A contemporary, and friend, of Leonard Maltin’s and Joe Franklin’s, Cocchi was a frequent presence at movie buff conventions. (As a friend of the late Chris Steinbrunner’s, John probably also contributed to several science fiction and comic book convention film programs, that Chris helped program.)

I don’t believe Cocchi ever wrote for any of the other science fiction film magazines, but he was a boon pal or acquaintance of all the 1970s and 1980s folk who did, David Bartholomew, Dan Scaperotti, myself, Steve Swires, Tom Weaver…

(He also acted in the 1960s serial homage, Captain Celluloid…)

We’d talk every few months, or so, and he seemed relatively happy. The last time I saw him was at a Raquel Welch film tribute event at Lincoln Center.

I hope to see him again.