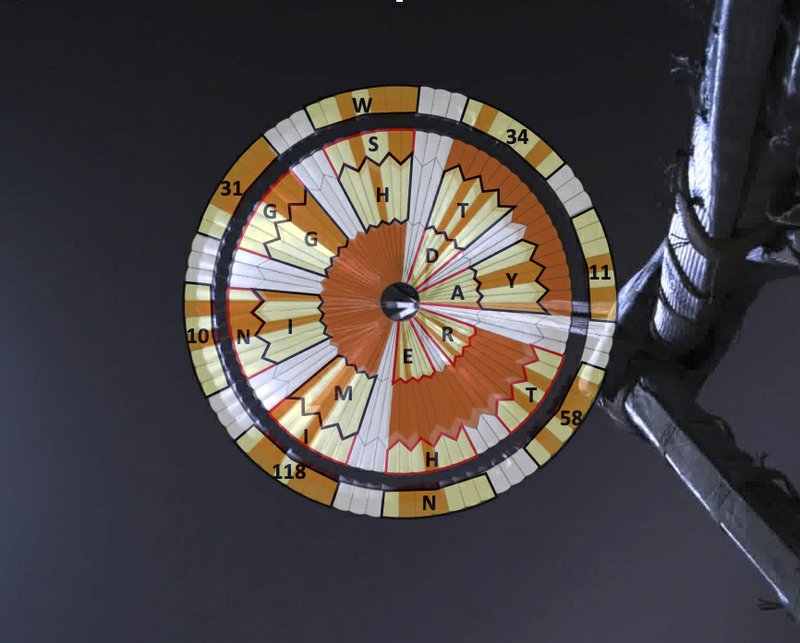 This illustration provided by NASA shows a diagram added over the parachute deployed during the descent of the Mars Perseverance rover as it approaches the surface of the planet on Thursday, Feb. 18, 2021. Systems engineer Ian Clark used a binary code to spell out “Dare Mighty Things” in the orange and white strips of the 70-foot (21-meter) parachute. He also included the GPS coordinates for the mission’s headquarters at the Jet Propulsion Laboratory in Pasadena, Calif. (NASA/JPL-Caltech via AP)