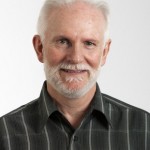 Christopher Mitchell, a premier C. S. Lewis scholar, former director the Marion E. Wade Center at Wheaton College and, for the past year, a professor in Biola University’s Torrey Honors Institute, passed away unexpectedly on July 10. He was 63.

“A careful and imaginative scholar, Chris was a person of deep faith, authentic humility, generous spirit, and resonant compassion. He will be missed,” said Biola provost and senior vice president David Nystrom.

Mitchell received his master’s from Wheaton College, and doctorate from the University of St. Andrews, Scotland, where he concentrate on historical theology.

From 1994 to 2013 he was director of the Marion E. Wade Center of Wheaton College, a major research collection of materials by and about seven British authors: Owen Barfield, G.K. Chesterton, C.S. Lewis, George MacDonald, Dorothy L. Sayers, J.R.R. Tolkien, and Charles Williams. In addition, Mitchell served as Consulting Editor for Seven: An Anglo-American Literary Review. He also held the Marion E. Wade Chair of Christian Thought at Wheaton College from 2006 to 2013.

Mitchell explained his reasons for moving to Biola in a 2013 interview with Scriptorium, the Torrey Honors Institute’s blog.

For the past eighteen years I have had the honor of directing the Marion E. Wade Center at Wheaton College. I can honestly say that I have loved it. But at the same time it has not been at the center of my passion. Let me explain. The teaching, researching, and mentoring aspects of the position all play to my training, personal strengths, and passions. However, the administrative side of the job plays neither to my strengths or passions, and it is this aspect that has increased over the years. As a result, for the past couple of years I have begun to wonder whether it is time for me to pass the Directorship on to someone who is better suited to carry on the Wade’s important ministry. This in turn has caused me to consider where I might use the remaining years of my career most effectively. It is a question of the stewardship of my life experiences, my training, and my pastoral/teaching experience. For some time I have thought that if at some point I were to leave the Wade Center and return to a fulltime teaching position the Torrey program would be the kind of place I believe I could flourish and could invest in with passion.

Many are mourning the shortness of this next phase of his career.

He also will be missed by the many fans who got to work with him on the 1998 Mythcon held at Wheaton.

Mitchell is survived by his wife Julie, four children and four grandchildren.