Introduction by Carl Slaughter: Linda Grimes’ Fix series about a young, female, shapeshifter-for-hire starts as a rompy, love triangle, fantasy comedy. But as the series progresses, the author ramps up the danger factor. Way up. In the first book, it is the protagonist’s client who is in danger. In first sequel, her young sister, also a shapeshifter, is used as a guinea pig in a secret scientific experiment. In the second sequel, a client tries to frame her for murder. In the fourth installment, All Fixed Up, to be released by Tor on May 24, 2016, shapeshifters are being systematically assassinated and she has to protect her family, friends, and species.

On a lighter note, Linda Grimes shares her favorite scenes from the series, one for each novel. 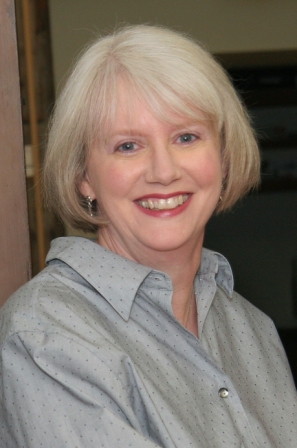 LINDA GRIMES: When you write a series, certain details that might not jump out at the casual reader can carry over from book to book, helping to convey a subliminal sense of continuity throughout. Take, for instance, the humble loofah.

That’s right. This ordinary bath accessory has made an appearance in each of my books so far… 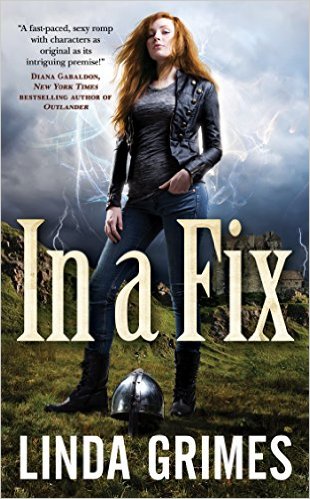 [In which Billy shows up in the guise of a tourist who looks remarkably like Queen Elizabeth II. I suspected he would be trouble from the moment he popped into my head, and so far he hasn’t disappointed.]

I grabbed a rosebud-shaped soap and stepped under the hot spray. Aaah . . . bliss. I lathered quickly, top to toe. Rinsed. Looked for some shampoo. There was none at hand, so I assumed it must be in the little guest basket on the vanity, and stepped out to reach for it.

Queen Elizabeth was leaning casually against the sink, ankles crossed, shampoo bottle in hand, enjoying the show. “Looking for this, dear?” There was no mistaking the leer.

I snatched the bottle and leapt back into shower. “You are such an ass.”

“Why, what ever do you mean? And wouldn’t you like a little help washing your back? I’m wonderful with a loofah, you know.” 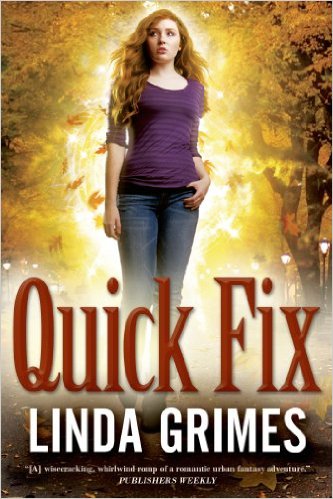 [In which we realize, during a job at the National Zoo, that Billy is still convinced of the persuasive powers of the loofah.]

“Maybe we better head back to my place,” I suggested, and watched her face fall into gloomy resignation. I hated to disappoint her, but it wasn’t worth the risk of discovery. Besides, it was sweltering, and it was a long trudge to the apes.

Billy put the kibosh on that right away. “Forget it. She’ll be ?ne. Right, kiddo?”

Molly’s eyes lit up. “Thanks, Billy. You’re the best,” she said, and took o? at a clip altogether too fast for the heat.

I slugged Billy’s arm as I scrambled to keep up. “Yeah, Billy. You’re the best.”

Laughing, he took my gooshy cone and tossed it into a nearby trash can. “Buck up, cuz. If you get too hot, I’m sure I can ?gure out some way to cool you o?. Maybe we can take a cold shower when we get back to your place.”

“Always willing to lend a helping hand. I keep telling you, I’m wonderful with a loofah.” 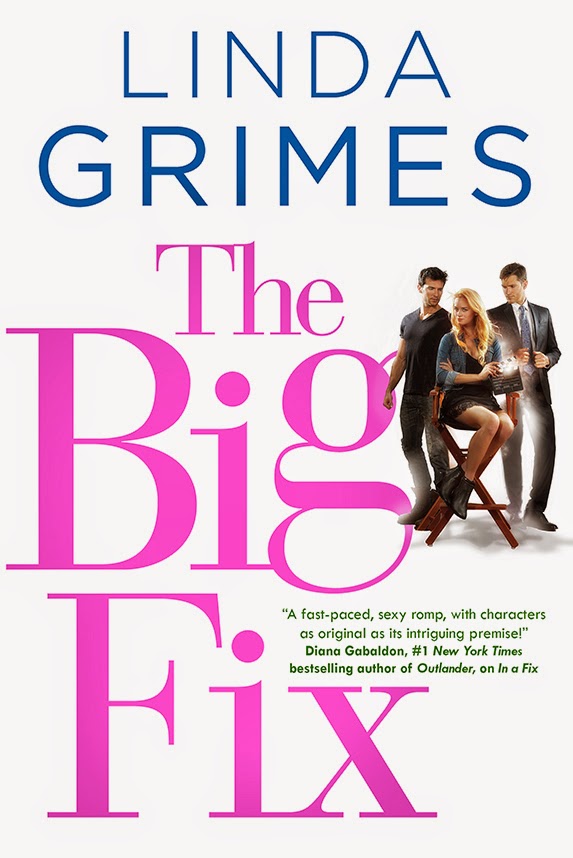 [Ciel and Billy’s relationship progresses…with a little help from, you guessed it, a loofah.]

Billy joined me as I was hanging up. “Good news—there’s a new loofah.” I used to roll my eyes when Billy would tell me how wonderful he was with a loofah, but having shared a few showers with him recently, I didn’t anymore. “The tub will be a tight squeeze,” he added with a wink, in case the innuendo in his voice wasn’t enough to carry his meaning, “but with my superior athletic ability and your impressive flexibility, I think we might just be able to manage it.”

“Sorry,” I said. And, boy, I really was, because Billy was an absolute virtuoso at following through on innuendo. “We have to leave for the ranch right away—Dave can’t find Jack.” A horrible thought struck me. “Oh, my God—you don’t think he’s been kidnapped, do you?” 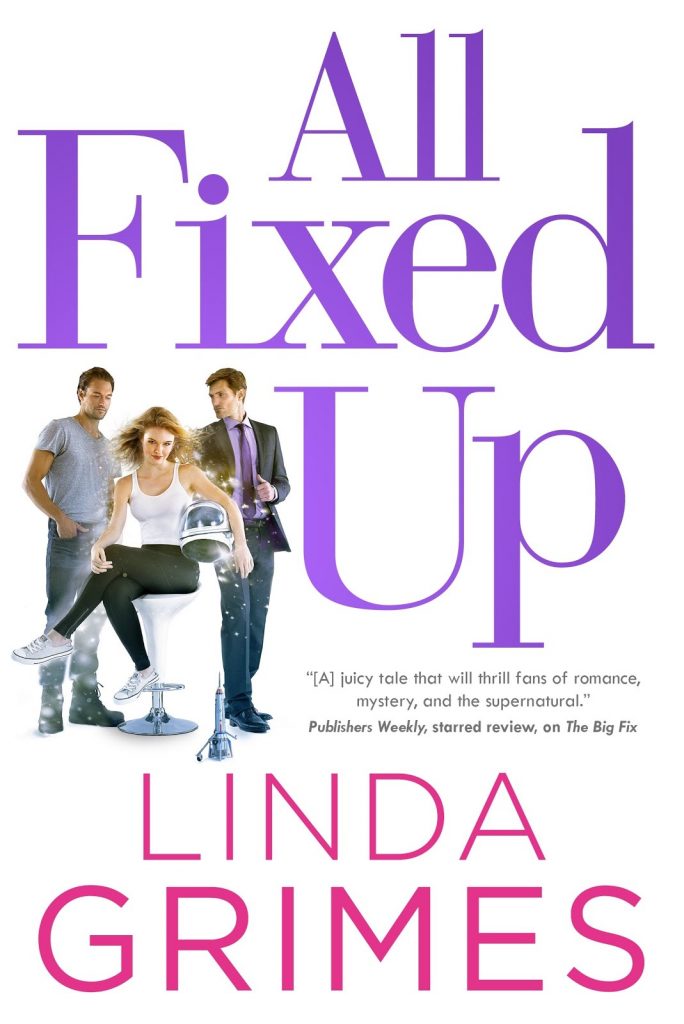 [Yes, the Easter eggs—I mean loofahs—continue in the latest installment.]

“No buts, Molls,” I said. “I promised your mom I’d get you back in time to do your homework before dinner.”

“Homework sucks. Anyway, I already did it. It was stupid easy.”

“Good,” Billy said. “Then you’ll have time to research Christmas gift ideas for your brother online. Think gadgets. Or toiletries. I’m almost out of bubble bath”—he gave me a knowing look— “and I could use a new loofah, so you might start there.”

“Okay. What’s your favorite bubble bath, Ciel?” she asked, without missing a beat. My cheeks heated, much to Billy’s amusement. Honestly, the kid was way too savvy for her own good.

There you have it—the humble loofah’s journey through four books. When undertaking any creative endeavor, the devil is in the details. Or so I’ve heard. Though I suspect in my case the devil is more of an imp with sense of humor.

[For more about the author’s Fix series, check out this Amazon link. And keep up with Linda Grimes by reading Visiting Reality blog.]