By Carl Slaughter: Linda Nagata does hard science  —  nanotech-supported genetic engineering, duplicate minds, artificial intelligence, ubiquitous surveillance, brain-computer interfaces, autonomous drones, military exoskeletons, and brain-controlled replacement limbs.  She has more than one series and gives us the inside story on all of them.

Carl Slaughter:  What type of tech is featured in your stories?

Linda Nagata:  Depends on the story! I started off my career writing in a story world with highly evolved nanotech that supported genetic engineering and duplicate minds—electronic ghosts—that allowed individuals to be many places at once. The more recent stories have been a lot closer to our present-day reality, based off technologies under development, such as artificial intelligence, ubiquitous surveillance, brain-computer interfaces, autonomous drones, military exoskeletons, and brain-controlled replacement limbs. It’s been amazing to watch the real-world shift ever closer to the books.

CS:  How does that tech affect the setting, plot, society, and characters?

LN:  All those aspects are interwoven, continuously playing off one another. One of the challenges of developing a story is to continually weigh the effect of the available technologies, while keeping in mind that the characters are part of this story world, so they’ll be making specific assumptions based on this world they know—assumptions about uninterrupted communications, for instance, or the certainty of surveillance. So technology is part of the setting, and the setting is integrated with plot, society, and characters.

CS:  What kind of research do you have to do to prepare for a tech novel?

LN: I try to read widely, if shallowly, all the time—essentially keeping an eye on what is going on in research and development. And I’ll read a little more deeply when my interest is sparked. I keep bookmarks and save articles. So by the time I begin to develop a story idea, I’ve got ideas of the sort of tech I want to include. Then I’ll usually do some deeper background reading. But I don’t do a lot of preliminary research. Instead, as I write, I’ll leave myself notes along the way on things I need to look into later. And of course, I’m still reading articles during the writing process and many times that’s led to the discovery of critical ideas and concepts that get integrated into the developing story.

CS:  How realistic is this tech and how soon might we see it?

LN:  A lot of the technology in the Red trilogy is based on tech under development now. For example, while the details of the brain-computer interface I use in the story are completely made up, BCIs are being researched and experimental systems do exist. What’s fascinating to me is the way advances in one field generate advances in others. For example, imagine a combat exoskeleton that, instead of responding to a user’s movement, anticipates it through a brain-computer interface that in turn relies on narrow AI to interpret the user’s intention.

My forthcoming novel, The Last Good Man, plays heavily on the idea of autonomous robotics—something we’re seeing more of with every passing day.

CS:  What’s the status of the Red series?

LN:  The trilogy concluded with the publication of Going Dark, but I’ve written an additional short story set in the same world. That will be part of Titan Books’ forthcoming anthology Infinite Stars.

CS:  What was the inspiration for the Dismay character? 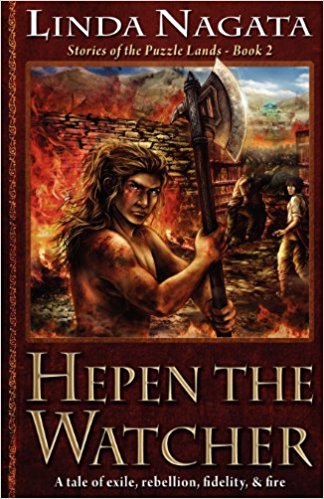 LN: A whim, nothing more! Dismay is a demon of violent nature and the protagonist of my Puzzlelands duology. He came about after I took a long hiatus from writing. When I finally resolved to try another novel, part of the deal I made with myself was to start with something completely different from what I’d done before—and a handsome demon who can transform at will into a puff of smoke certainly qualified.

CS:  What’s the status of the Puzzleland series?

LN:  I had a lot of fun writing those two books. Both are very short novels, violent and darkly humorous—and I would have been happy to write a few more in the series. But they never found their audience so I eventually returned to writing science fiction. The two novels together make a complete story, so right now I don’t anticipate adding more to the series.

LN:  My first four novels comprise the Nanotech Succession, all originally published in the 1990s. I returned to this story world in 2012 with the publication of short story “Nahiku West” which became runner-up for the Theodore Sturgeon Memorial Award.

Recently, I’ve outlined two novels in the Nanotech Succession story world, though I’m still debating whether or not to go ahead with either of them. In part it’s a marketing question. I’m not a fast writer, and a novel is a big commitment for me. But I hope to do at least one, before too much longer. 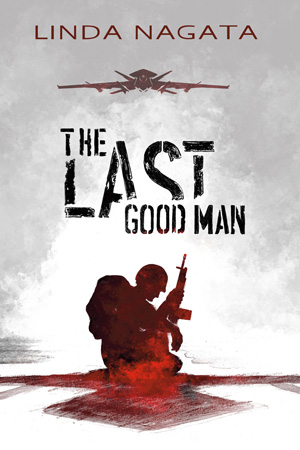 LN:  The setting in this novel is the imminent future, so the technologies are advanced versions of tech that’s in existence now—universal communications, increasingly reliable and clever artificial intelligence, autonomous systems ranging from analysis to robotics and including autonomous weaponry. The Last Good Man is a thriller based around the idea that warfare is becoming ever more automated.

LN:  No. The Last Good Man is a stand-alone novel. It tells a complete story in itself. It’s possible I might return to this story world, but if so, it would be a related novel and not a sequel.

LN:  Jonathan was looking for stories that speculated on how a permanent presence in space might actually be achieved—which struck me as a tall order for a short story.

I considered and discarded many ideas over at least a nine-month period. The deadline was approaching, and still nothing felt right. Then, as I was watching an NFL football game, I was struck by the thought that there is a lot of money in professional sports—and money is what it takes to get into space. “Attitude” evolved from that observation.

LN:  John has a habit of asking me for stories that are not what I usually write. For example, Operation Arcana was an anthology of military fantasy stories—something new for me. I took it on as a challenge and really enjoyed it. So when he asked for a story for Cosmic Powers, I happily agreed—and eventually came to regret it!

I had such a hard time writing this story. Cosmic Powers is about galaxy-spanning adventures with “a little less science,” but I found it really hard to let go of the science. After considerable soul-searching, I decided to forego any use of hyperspace, FTL, wormholes, etc., and limit my adventure to the solar system. It all worked out in the end.

CS:  You’ve done corp, i.e., Saga, and you’ve done indie, i.e., Mythic.  In your experience, what has been the advantages and disadvantages of both?

LN:  Upfront money, art directors, distribution, and respect are the advantages of traditional publishing. Speed to publication, control over the process, and after-the-fact money, are some of the advantages of indie publishing—and in my experience, the respect is growing. But it takes a lot of time to prepare a book for publication and to handle all the publicity. The Last Good Man is coming out in June under my imprint, Mythic Island Press LLC. And much of this year has been devoted to advance publicity efforts and getting it ready to go.

Has that impacted my writing time? Absolutely. And I’m going to have to try to make up for it in the second half of the year.

CS:  What’s on the horizon for Linda Nagata?

LN:  To be determined…

Linda Nagata writes hard science fiction. Her novel First Light, first in her Red series, was nominated for both the Nebula Award and the John W. Campbell Memorial Award.  Her novella “Goddesses” was the first online publication to receive a Nebula award.  Her novelette “Nahiku West” was runner-up for the Theodore Sturgeon Memorial Award. “The Bohr Maker,” first in her Nanotech Succession series, won the Locus Award for best first novel.  Her latest novel, “The Last Good Man,” is scheduled for release on June 20.