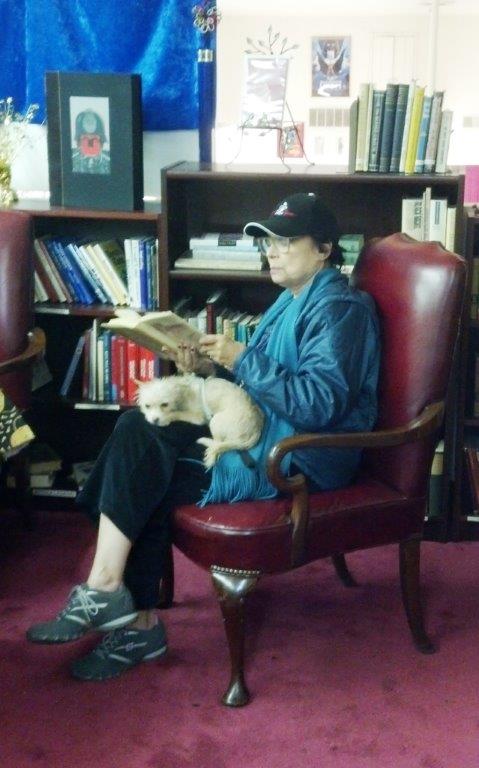 By John King Tarpinian: There was a gathering of past members of the Ray Bradbury Pandemonium Theater company this Sunday (October 27) at Mystery and Imagination Bookshop. The reason for the gathering was to reminisce about the good times acting Ray’s stage plays. Also, to do a cover-to-cover reading of Fahrenheit 451 in commemoration of the 60th anniversary of its publication. The true first was a paperback that first came out on October 19, 1953 while the hardback edition came out one week later, October 26, 1953.

Each reader took a turn telling how he or she first discovered Ray from books, felt honored to meet him in person and to perform for him on stage.

A couple of the actors are full-time professionals. Steven Wallenberg was the annoying neighbor in the George Lopez sitcom. Mageina Tovah has been in a couple of the Spiderman movies, and has a notable TV resume. 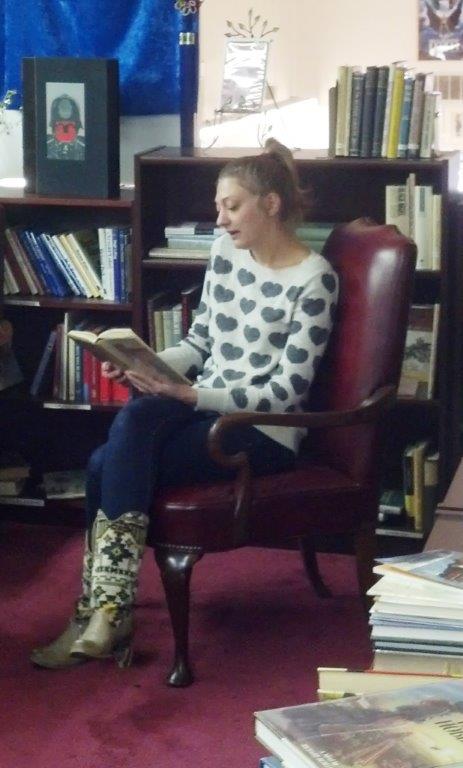 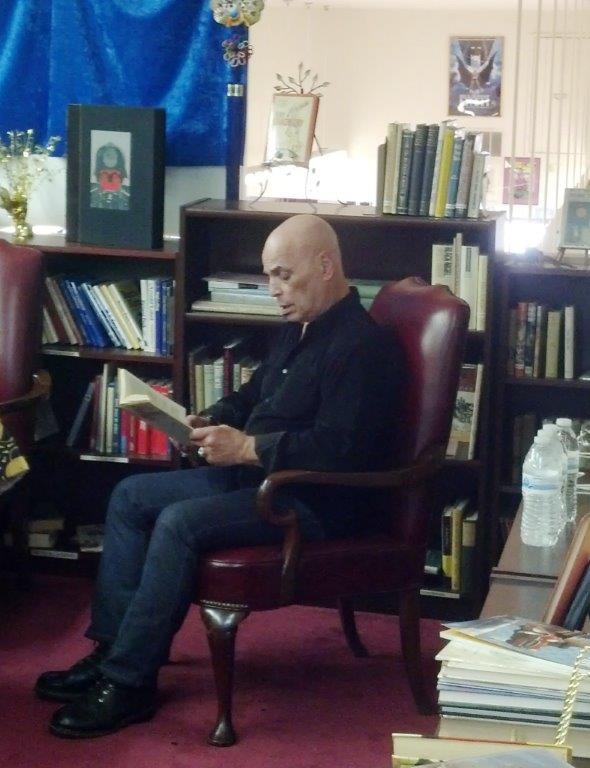 Others invited to read included Arlene Martel (If you do not know the name then take out your wallet and tear up your membership in the Geek Club.) Arlene was Spock’s betrothed in the original Star Trek. She also played Consuela in the Harlan Ellison story, “Demon With A Glass Hand” on The Outer Limits with Robert Culp. Arlene took the honor of reading the opening chapter, her favorite.

The five-plus hours necessary to read the book went pretty quickly, mainly because I did not read, but mostly because everybody in the room was in one way or another affected by the book and the man that wrote it. 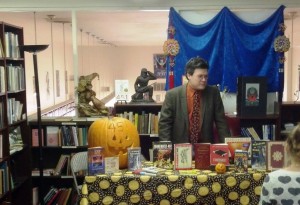 Robert Kerr, our host and one of Ray’s actors. He has appeared in everything from Iron Man to dozens of TV programs. 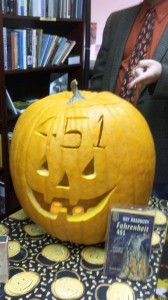