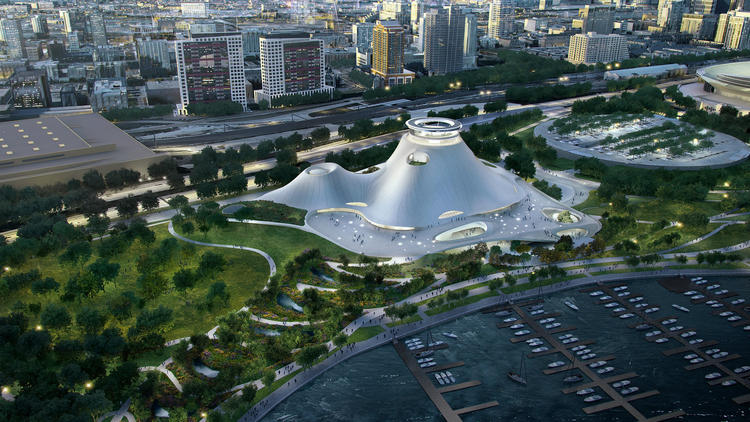 The city of Chicago on February 16 asked a federal judge to lift an order barring George Lucas from starting construction of the Lucas Cultural Arts Museum along the Lakefront while litigation plays out. However, Judge John W. Darrah, who has been presiding over the lawsuit for 15 months, ruled he isn’t willing to allow construction while the case against it is still pending.

The lawsuit by the nonprofit Friends of the Parks contends that the planned museum “violates the public trust because it will be built on the submerged waters of Lake Michigan and that a privately held museum is not in residents’ best interests.”

The city had hoped to duplicate the success of the Chicago Cubs owners who got a comparable construction ban repealed by a judge in April 2015. They were allowed to start work on view-obstructing enhancements to Wrigley Field while an active lawsuit between the ballclub and neighboring rooftop owners remained unsettled.

According to the Chicago Tribune, a city attorney told the judge during the hearing that museum officials have begun to “consider other cities and other sites that it may relocate to.”

Darrah, however, seemed unmoved by the argument Wednesday, saying he has 400 pending cases on his docket. The case has a number of upcoming court dates, including a hearing scheduled for Feb. 24.

Chicago’s Mayor Rahm Emanuel said last week he would consider a different site but first would have to talk to Lucas and his wife, Mellody Hobson.

If Lucas gives up on Chicago and offers his Museum to another city, it will be the second defeat he has suffered since his original proposal to build on the grounds of the Presidio failed to gain acceptance in San Francisco.