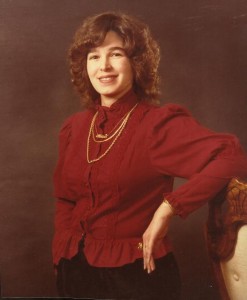 Well-known filksinger Mara Brener died February 27 in West Covina, CA. She was Music GoH at Leprecon 30 in 2004 and one of the GoHs at Contata 2005.

A science assignment in 1970 found Mara concocting a bawdy ballad about the metamorphism of the local Tuscarora quartzite, until an emergency at NASA brought a change of course. “The Ballad of Apollo 13“ (not the song fans know by that name) earned an “A“. It was Mara’s first filksong, although she didn’t discover “filk“ for another fourteen years.

In 1984 the Breners attended their first science fiction convention; LACon II in Anaheim, for the once-in-a-lifetime Star Wars Trilogy Marathon. They chanced upon the word “filksinging“ on the schedule, and spent most of the rest of the con in the indicated room. Contacts they made there led to publication of songs by both Breners in the fanzine Filk Fee-nom-ee-non.

Mara hosted a Los Angeles Filkers Anonymous meeting within the past year.