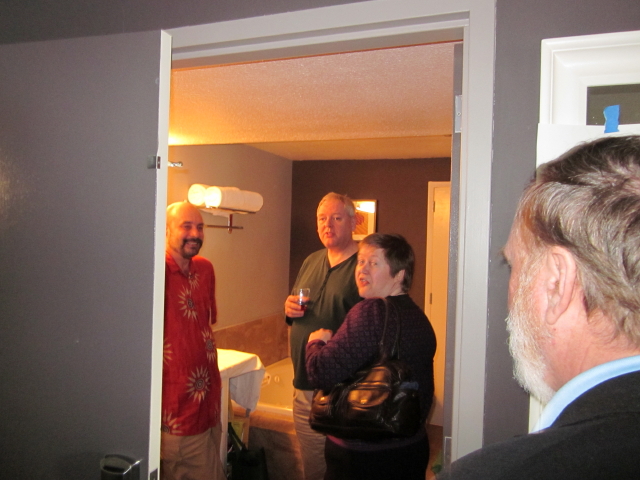 Marty Cantor sends one last photo: “Shameless that I am, here is a photo of (left to right), Randy Byers, Ian Sorensen, and Claire Brialey. In a bathroom. Well, it is the con suite’s bathroom, but still …”