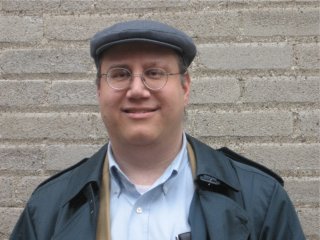 F770: First of all, congratulations on winning re-election!

MAB: Thank you. I’m delighted to serve for as long as the voters of Brookline will have me.

MAB: Yes. I first ran for Library Trustee in 2004, and in both that election and in 2007, the first time I ran for re-election, my race was uncontested. I still went out and met voters, but the campaigning was more relaxed. However, in both 2010 and this year we had five people running for four seats, so it was much more of a race.

MAB: I received 4,349 votes. That will make me the Trustee on the Board who has received the most votes of any of the twelve of us. Of course, the only reason that happened was because the Town held the local election the same day as the state primary. Still, I received votes from 55% of the voters, which pleases me.

F770: You said there are twelve Trustees? But you were running for one of four seats?

MAB: The way it works in Brookline is that the Board consists of twelve people, and every year four seats are up for a three-year term. In 2011 and 2012, none of the incumbents were facing contested races, so they all just got re-elected. We did have two challengers face off against each other last year in a special race for a seat that had become empty, but as of this election the second person in that race is now also on the Board. However, seven of the incumbents have not faced a challenge in a while.

MAB: My guess is that it’s because, in general, people in Brookline are satisfied with the way the libraries are run. The only reason we had contested races in 2010 and 2013 is that an incumbent chose not to run for re-election, and two challengers decided to run for the open seat. Except, of course, because it’s at-large voting, there is always the possibility of an incumbent being ousted. That has happened before in other Brookline races, which is why I felt the need to get out and remind people what I had done for the town.

MAB: I hesitate to go over my accomplishments again; I just went through telling people over and over! That said, I was instrumental in the implementation of a) Sunday afternoon summer hours at one of the branches and b) the new RFID circulation system that allows for faster checkout and check-in of books, CDs, and other items. If you really want to know more, you can check out my website at BursteinforBrookline.com.

F770: How do you think the town feels about having a science-fiction writer as a Library Trustee?

MAB: I think people like knowing there’s someone on the Board who’s not a lawyer. But seriously, I think they know that a writer will have a different and useful perspective on the role of libraries in a community.

F770: Speaking of your being a writer – you’ve been nominated for multiple Hugo and Nebula Awards. What’s the difference between running for public office and being on an awards ballot in science fiction?

MAB: I can think of two major differences. The first is that when you’re running for public office, you’re actually expected to campaign, whereas when you’re on an awards ballot, people tend to think it looks bad if you do. I can kind of understand that, as whether or not a Hugo or Nebula voter thinks a story is award-worthy is really a matter of personal taste, and, quite frankly, campaigning can’t really influence that. On the other hand, campaigning can remind people to read your work and consider it before voting their ballot, and I think that’s important.

The other difference that I see is the influence you can have on your community. While winning an award in science fiction might expose other readers to your work, I’m not sure how significantly winning an award changes things outside of your own life. Winning public office gives one a chance to make decisions that can help one’s community. So I’d say that being a Library Trustee is probably more influential than being nominated for an award.

F770: One final question. A lot of your readers have noted that you haven’t published any original fiction in quite a while. Do you have any plans for anything new soon?

MAB: Part of me feels I ought to apologize to my readers for the lack of new stories, but all I can plead is that life got in the way. My wife and I had twin daughters the year after my first book came out, and most of my writing time was devoted to a column about them. That said, I am returning to the waters of fiction, but slowly. I hope to have more news soon.

F770: Thank you again, Michael, for taking the time to answer our questions.

MAB: No problem. I’ve appreciated the support File 770 has shown me throughout the years as I’ve pursued public office.