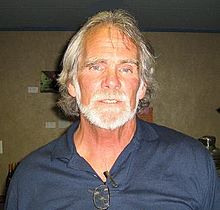 “The genres are all one now,” he said in an online video, which makes sense coming from a man who started writing sf/fantasy under the influence of Jack Vance . Indeed, his first published novel, A Quest for Simbilis (1974), was a sequel to Vance’s Dying Earth saga The Eyes of the Overworld written with the author’s permission.

His novella “The Autopsy” (1980) received nominations for both the Hugo and Nebula, and he had other works shortlisted for the Nebula and World Fantasy Awards.

Describing Shea in an obituary notice on the author’s blog his wife said, “Some thought of Michael as reclusive, when in fact he was just old-fashioned, a writer’s writer. Once a piece was perfect, he wanted to set it aside, forget it, and begin the next project.”

Shea is survived by his wife and two children.

[Thanks to Steven H  Silver for the story.]