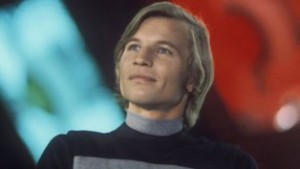 Actor Michael York, 71, has announced he is battling a rare blood disease. He was originally diagnosed with bone cancer, before they discovered he actually had amyloidosis, a blood disease that breaks down tissues, leaving swollen growths and lesions on the body.

He underwent a stem-cell transplant at the Mayo Clinic in the US to fight the disease.

York added that he was positive about fighting back from his health issues, saying: “I know this can be deadly, but I never gave up. I am thrilled at this reprieve and want to do as much as I can to make it better.”

York’s notable movie appearances include the Austin Powers movies, Logan’s Run, The Three Musketeers, Cabaret and Romeo and Juliet. More recently, he had a role in Star Wars: The Clone Wars.