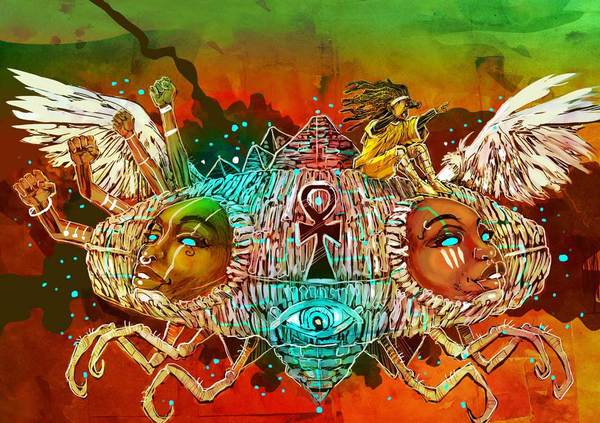 [From the press release.] An Indiegogo campaign in support of authors contributing to Mothership: Tales from Afrofuturism and Beyond topped its $15,000 goal with pledges from more than 600 supporters.

The Mothership: Support the Writer Campaign also drew a barrage of bolstering tweets and retweets, blog postings, and Facebook updates from such literary figures and culture producers as Ann and Jeff VanderMeer, Nalo Hopkinson, Nick Harkaway, Javi Grillo-Marxuach, Tayari Jones, and Warren Ellis. On his blog, Harkaway (author of The Gone-Away World) wrote “if you wish your speculative fiction came in a greater variety of voices … you may want to support this project.” Online news sites Creative Loafing Atlanta and io9.com covered the fund-raising effort.

Washington, D.C.-based Bill Campbell (author of several novels, including Sunshine Patriots), who initiated the Mothership project, describes its genesis and goals this way: “When we look up at the night sky, space is black as far as the eye can see. Yet when we read novels about it or watch something on TV or in the movie theater, it is white beyond all comprehension. With this collection, we hope to give space some much needed … color, shall we say (and other genres, of course).”

Atlanta-based Edward Austin Hall (a contributor to The Dictionary of Literary Biography), who co-edited Mothership with Campbell, said of the anthology’s coalescing, “We [were] extraordinarily lucky. … we accepted … stories … from Nisi Shawl, Eden Robinson, and Junot Diaz,” among many others. “The process overall has been eye-opening in terms of what’s possible now in the realm of publishing.”