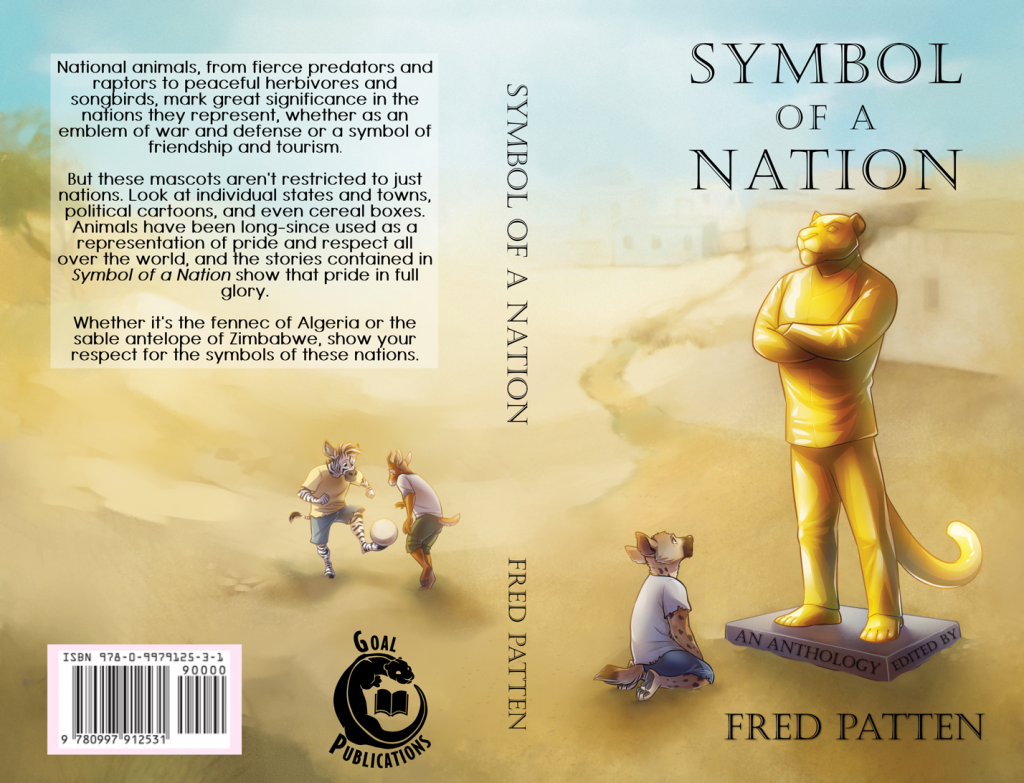 Symbol of a Nation, edited by Fred Patten, is launching at Anthrocon 2017 in Pittsburgh, Pennsylvania over the June 29-July 3 five-day weekend.

Symbol of a Nation is an all-original anthology of 11 short stories and novelettes featuring the anthropomorphized official animal (or bird) symbols of nations. This is designed to appeal to sff fans, and fans of political science.

From a famous extinct animal bioengineered to new life, to animal/bird astronauts, to animals adapted to their nation’s environments, to a 19th-century heraldic animal struggling to remain relevant in today’s world, these are stories that will make you think about the national animal symbols that we and some of our neighbors have adopted.

The digital copy will be available sometime after the convention.