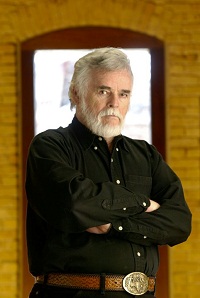 His first published sf story was “To Tell the Truth” in Galaxy in 1960.

Although never the winner of a major award, Barrett’s novelette “Ginny Sweethips’ Flying Circus” (1988) was both a Hugo and Nebula nominee, and a collection of his work, Perpetuity Blues and Other Stories, was a World Fantasy Award nominee in 2001.

Barrett credited his friend, the prolific author Mack Reynolds, for encouraging him to branch out from short fiction into novels.

“‘Never stop writing short stories,’ Mack told me. ‘But try a novel too.’ Hey, what an idea,” Barrett said. “I started off with Kelwin, the Aldair quartet, The Gates of Time, Highwood and others. I like to do novels, but short stories will always be my first love.”

He did a lot of work under house names. He also wrote comics. As he told a SFWA interviewer in 2010 —

“Like many professional writers, I’ve written westerns, mystery-suspense, horror, noir, air war stories, the Hardy Boys, Tom Swift, novelizations such as Judge Dredd, Barb Wire and Dungeons & Dragons,” he said. “One of my all-time favorite jobs is writing comic books–I think I’ve turned out over a thousand pages by now. That’s what writers do, you know–they often do what needs to be done.  And I’ve found that a real pro puts everything he or she has into whatever project comes along. You name it. I can’t tell you how many names besides mine are out there over the work I’ve done for a series or special projects.”